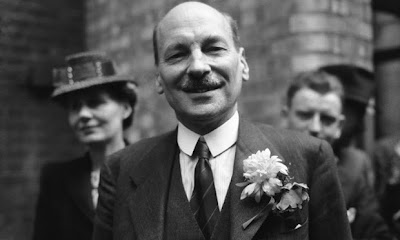 The General Election may be in the past and a new government in place for at least the interim but the spin, the flannel, the fictions and the fantasies go on.  Little or nothing is as it seems and as ever you need to look very closely at the terms and conditions.

We are five years on from 2010 and there are a few things still left over from the heady days of Blair and Brown to be dealt with and in addition there are the blunders of the Coalition to repair, if possible.  Also, beware of politicians with short memories and long shopping lists.

There are a lot of them about and in all parties.  In the matter of Europe there are differing ideologies, high sounding beliefs and the rest that have urged the EU on to more and more, including the Euro money project which made the fatal error of trying to run a monetary system without the basic safeguards or means to deal with serious crises or divergences of policy between the states involved.

Which brings, or coughs up the question of Devolution in the UK and what it entails.  Fancy notions are being brought forward and promoted as sounding good to the average punter.  Let local people decide on local taxes and spending.

The essential difficulty is that in the last analysis the management of a currency is crucial in international trading and markets and a raft of economic matters.  Attempting to divorce this, or control it as a lesser item, from public tax and spending always ends badly.

Clement Attlee, picture above, Prime Minister from 1945 to 1951, found out the hard way, admittedly in a very difficult period of history.  One of his early actions was to nationalise the Bank of England to merge its controls over money into the Government's overall management of the economy.

It did not work and a crisis ensued when despite central controls, high spending and low interest rates the pound came under stress and by 1949 a Devaluation was forced at 30% of the currency.  The  upshot was an era of Austerity for many worse than the war years.

The position was then held, albeit with problems until the 1960's when the Wilson government in 1967 was forced into Devaluation and a raft of policies that directly contradicted its earlier policies.  The 1970's saw a complicated history where governments tried to manage the economy at the same time as determining the value of the pound.  This made the situation in the UK worse when radical changes were happening in the structure of industry and trade.

The Thatcher government in 1979 are supposed to be a very new regime, but in the early days they just took over the circus and tried to change a few of the Acts.  The recession of 1981 and its reaction put the Conservatives on the road to more radical changes.

One major problem area was that the Heath reorganisation of local government created a number of large local authorities who were given extensive powers of financial management in a partial sort of Devolution.  Because of the troubles of the 1970's many Labour ones, and most were Labour, were in the hands of militant Left wing activists.

So both Callaghan and Thatcher had serious problems with them.  They went on a spending spree, which due to the Rating system in that period hit private sector local business's very badly at a time when major industries were also in serious difficulty.

Eventually, the Thatcher government brought the situation under some sort of control and by that time the pound was free floating, but it was a very difficult period and inevitably there were casualties.  The alternatives were going back either to an Attlee austerity regime or a siege economy.

The answer for some was Europe and later the Euro.  The problem for many of the politicians, the media and therefore the ordinary voter is so few failed to understand or wanted to understand the mechanics of the international financial systems and the risks involved in failing to keep a check on monetary creation.

The risks at the moment are that the new government will be coming under pressure to devolve financial and fiscal powers in such a way that major liabilities or debt that cannot be funded will arise and a major financial or economic breakdown occurs.

The reason it can happen is a very simple one.  It has happened too often before and around the world happens again and again.

All it takes is politically popular and convenient deals being made on a short term basis by governments without taking account of the full potential risks and on the blithe assumption that next time round a crisis can be managed without damage.