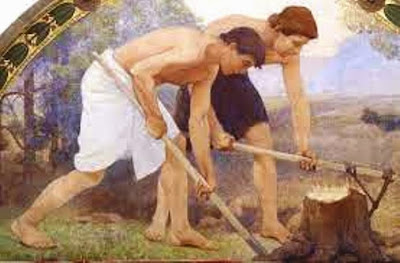 One of the great questions of the 2015 Election is how did Labour manage to lose it so badly?  An article on the LSE web site deals with this among others quite simply and clearly.  It is by Patrick Dunleavy, Chair of the LSE Public Policy Group and Head of Democratic Audit.

It is here and is based on the thesis that if Cameron sticks to his promise not to contest the 2020 Election then in effect he has three years more to go.  What will then matter is proper succession planning for a clear handover.

He describes the Liberal Democrat manifesto as the shortest suicide note in history if only because it was lacking in so many ways.  As for Labour, it seems to be much their own fault because they simply have not learned and are unlikely to learn the lessons of recent history.

It was said of the late Bourbon dynasty monarchs in France that despite living through the French revolutionary and Bonapartist periods, they had “learnt nothing and forgotten nothing”. This seems an apt characterization for a Labour party leadership that has had more than two decades to face up to inevitability of constitutional change in the UK, and repeatedly refused to do so (outside a brief period from 1997 to 1999).

A whole generation now of political analysts and reformers have pointed out to Labour that the first past the post voting system becomes incredibly unstable in any multi-party context, and your best bet is to change to proportional representation before you get overtaken.

The wipe out of Labour’s Scottish MPs proves the point in dramatic fashion, and it will now be very hard for the party to undo. Scotland was long a ‘dominant party system’ for Labour,  but now looks like it has become one for the SNP.

Similarly I have lost count of the times that Labour leaders have nodded sceptically through the arguments that devolution for Scotland and Wales alone was unstable; that a written constitution is needed to restabilize the UK; that House of Lords reform was a century overdue; that the only way for Labour to win was to have genuinely popular leaders and reasonably distinctive policies; and that the party needed a far healthier relationship with its supporters.

Yes, yes, the nodding Labour elites have said. But voters care little for such things – it’s the ‘bread and butter’ issues of the economy and the NHS that matter, not political and constitutional reform.

Ed Miliband’s whole leadership style was premised on the tactical exploitation of this and that issue, on scraping back to power in a multi-party world without ever trying to resolve the larger issues or achieve genuinely popular policies that might compromise a future Labour government’s grip on the levers of power.

Even in the post-referendum dealings with Scotland, Labour’s devo-max proposals were always as few and as mean little concessions as possible.

And yet what in the end kept Labour’s growth in 2015 votes to a dismal 1.5 per cent, despite Cameron’s economic policies and the erosion of the NHS? Overwhelmingly it was the collapse of the Liberal Democrats to the Tories and to UKIP (foreseeable under FPTP), and a late ‘safety first’ reaction against the potential ungovernability that Labour's cumulative constitutional inaction has now induced.

The set of issues so ‘unimportant on the doorstep’ proved very important indeed for voters in the polling booths. Even when Miliband goes though, it is not yet clear that any potential successor has really escaped the mindset of Labour’s last fifteen years.

So who succeeds Ed Miliband?

My nine bob note is on Sadiq Khan or Chuka Umunna if only because Andy Burnham has form when dealing with the NHS and is an Everton fan.  Tristram Hunt of Kings College Cambridge also has hostages to fortune.  Yvette Cooper is a light weight who has lost her ballast.