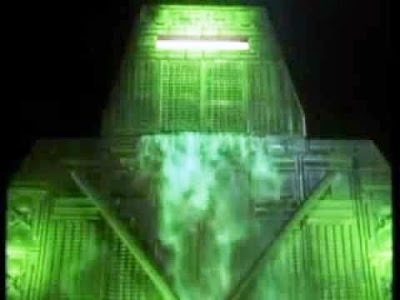 Back in the '70's I was in a meeting (how about that for a real attention grabbing start?).  It was about budget problems (it can only get better).  But it related to computer issues (the real killer line).  There were nearly thirty there, politicians, officers and others.

Of this all male unhappy band only two of us had "keyboard skills" and the other was the bloke who was head computer thing.  He had this special building filled with kit tended by specially selected boffins, all paid large salaries for doing what computer men (men) had to do.

Of the rest, one was an FE college principal, who although never having used or been involved with computers claimed to be expert on the education bit and the others a couple of bean counters from the Treasurer's who again were not computer literate but with a passing acquaintance of what was going on.

This was because the machines in the special place dealt with wages and salaries and a number of payment systems inward and outward and they were supposed to have a grasp of the figures.

By accidents of my personal history I had done work on computer inputs for the  University of London and in my Army days before had used high tech' stuff of that time. At this meeting I was the crazy zany 70's man with a highly coloured tie, my own personal calculator (shock horror), hair (long gone) and a Liverpool fan.

The fact that I did not need to draft documents but could type them straight onto a duplicating skin was thought to be work of satanic origins.  Also, I was of the view that the computer setup was already badly out of date, too limited in its functions and needed scrapping.

Also, it was worse.  The Principal's ideas were that keyboard skills were strictly for females doing courses in FE colleges and that computer training was higher education that the College wanted to beef up the numbers for next time's salary round.

Any thought that schools or children might do something was ludicrous.  My view that his college was mostly training people to do jobs that were disappearing and therefore for unemployment and given the high rate of drop outs needed radical reshaping was unwelcome all round.

This was "cuts" to which the answer was that the government would  subsidise all those activities which were in economic decline.  Worse was my attitude that any kid could pick up keyboard skills with a little time and basic computer work was no big deal.

As you might guess I lost the battle, made myself unpopular, was alleged to be proposing cuts that would be embarrassing and inconvenient and was a mad futurist unable to realise that things needed to be kept much as they were, in the same way at whatever cost.

A few months after this experience I was on a visit to an advanced country in Europe when I was shown into a place with up to date computer facilities for administrative purposes.  It came as a severe shock; the reality of the new was already far in advance of my own ideas at the time.

So looking at and listening to all these politicians now, not only do I suspect that they do not know the half of it but what could be in train in terms of technical, industrial, financial and other change might be way beyond their understanding.

This is nothing new if you have fifteen minutes, Deep Thought, above has the answer.