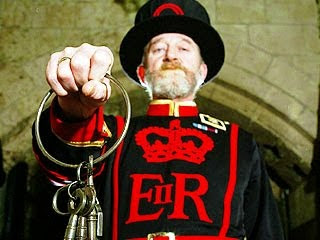 In The Mail was an item of a man and his mortgage under threat of eviction. A tale of our times and one of many who are being repossessed for failing, allegedly, to pay his dues.  But what is going on here?

This is the story and apparently the property was bought in 1988 priced at £41,800 to which might be added some charges and now he is said to owe £43,000.  He will have paid in a lot more than that already.  What is a pity is other figures are not given, notably just how much he has paid in over the years.

If repossessed it will be sold.  From the small picture only a guess might be made as to its value.  A look at the web suggests perhaps a low of £120,000 but a high of up to £250,000 depending on location, size and condition etc.  Perhaps somewhere around the middle might be about right, say for argument £175,000.

The Building Society involved in 1988 was the Bradford and Bingley and the Wikipedia article on this firm had a whole carillon of warning bells in the mind.  Demutualisation in 2000 to become a high rolling bank, bust and nationalized in 2008, sold off mortgage book etc, and other things.

A crucial one was when a bank did it go in for collateralisation of mortgages and related insurance policies?  So who was or is the eventual holder or holders of these assets?  Add to this murky mix no doubt extensive software changes in account managements.  Tom Crawford's issues it seems began in 2007.

To add to the richness of it all, the crucial entity relating to all this appears to be located in one of those off shore places which in effect provide a secrecy backup to any or all of the relevant banking activity.  Which means that any action in a British court or the affected parties does not have access any of the critical evidence.

The County Court judge in this case appears to have taken on trust the case put forward by the entity that is acting either as or for the lender, gave scant regard to the alleged debtor and took no account of the wider background.  What rings another bell is that he is denied access to the Court of Appeal and therefore The Supreme Court.

It is quite possible that by 2007 Tom Crawford may have paid enough into his endowment policy to cover the mortgage and thought he had paid it off.  At this stage the last thing the then B&B would have wanted was borrowers completing early and ending accounts on which B&B had taken on major securitisation liabilities.

There is a bad smell about this.  I have already seen, notably with energy suppliers, something nasty in the software and payments systems.

This from the USA in recent years is a vivid illustration of what can happen at its worst.  Among many of the cases at present is there something like this going on in the UK about which the relevant authorities want to keep quiet? We know it can happen, the shocking recent example of the Post Office treatment of its small account holders is one.

Another figure we do not have is how many others have lost their homes who had mortgages etc. with this company.  Is the man here the one who decided to stay and fight and who would not be scared off?

It is my view that this case needs some impartial investigation which has full access to all the account information and transactions.  It might be a simple catalogue of errors and misunderstandings.  It might be that Mr. Crawford was sold a bad deal that was made worse.  It might, just might, be fraudulent.

George Orwell, in "Coming Up For Air" had an opinion on Building Societies:

Of course, the basic trouble with people like us, I said to myself,
is that we all imagine we've got something to lose. To begin with,
nine-tenths of the people in Ellesmere Road are under the
impression that they own their houses.

Ellesmere Road, and the whole quarter surrounding it, until you get to the High Street, is part of a huge racket called the Hesperides Estate, the property of the Cheerful Credit Building Society Building societies are probably the cleverest racket of modern times.

My own line, insurance, is a swindle, I admit, but it's an open swindle with the cards on the table. But the beauty of the building society swindles is that your victims think you're doing them a kindness. You wallop them, and they lick your hand.

I sometimes think I'd like to have the Hesperides Estate surmounted by an enormous statue to the god of building societies. It would be a queer sort of god. Among other things it would be bisexual. The top half would be a managing director and the bottom half would be a wife in the family way.

In one hand it would carry an enormous key, the key of the
workhouse, of course, and in the other, what do they call those
things like French horns with presents coming out of them?  A
cornucopia, out of which would be pouring portable radios, life-
insurance policies, false teeth, aspirins, French letters, and
concrete garden rollers.

The narrator in the Orwell book has just put in his first pair of false teeth which inspires the rest of his thinking on current affairs at the time.  In the late 1930's a decent set of false teeth could only be a dream for many people.

Rather like owning your own home.  Since then we have had the glories of the property owning democracy and our government is promising to do a lot more.  But for some reason fewer people are taking up the option.

Could it be because they have done the sums?