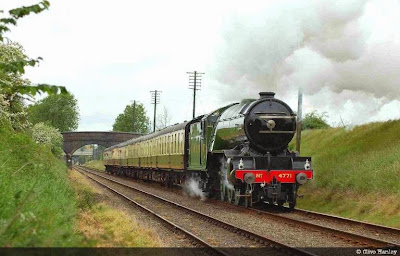 It is the Whitsun Bank Holiday. We will not be travelling.  Between the works on the lines and the numbers on the roads and distaste for air travel we shall be staying put and watching the TV reports of chaos and shiver.

This remembrance of the past in The Independent tells of the poet Philip Larkin, the Librarian of the University of Hull, and his work "The Whitsun Weddings", in part about newly wed couples taking trains for their honeymoons and Ian Macmillan, the writer says, unlike the poet he has never seen this.

Larkin was someone I never met, but was warned about.  There was a time in the 60's when I had dealings at the University of Hull and needed to park the car adjacent to the Library.  The people I was meeting were anxious about this.  Larkin in some ways, like many poets, had his obsessions.

One was the car park and who may or may not use it and had the necessary permissions.  If in his prowling and policing he found an intruder he would be onto the case quicker than an Inspector Maigret.  It was said in the University that he was the highest paid car park attendant in the country.

But the poet wrote this in 1958 and at a time when I was often doing shifts on the railway.  I remember such couples being a feature of holiday periods and some weekends.  The happy pair would be seen off by family and friends and I would be cursing.

It meant the Station Master would want the sweeping done to get rid of the confetti and this could interfere with my tea break having just dealt with the parcels.  Other station staff had different sentiments, including the lady carriage cleaners, who welcomed the happy events.

One veteran lady, born during the reign of King Edward VII before the First World War, a person of robust character and direct speech liked to comment.

It is my abiding memory on seeing a train pulling away, the couple waving good bye and hearing Doll's voice crying above the hubbub, "She'll get more than brown ale tonight!".

Larkin, I think, would have understood.