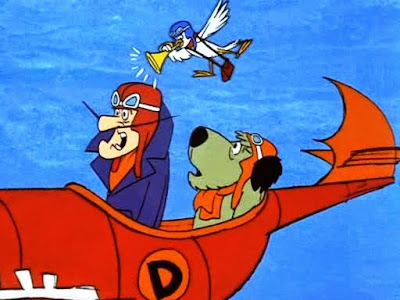 At one time it was all too common for people to either incur curses or lay them on other people.

This has gone out of fashion lately, notably with blogging and other forms of modern communication, arising from a more secular society and the rise of science.

There are now other and better ways of making life a misery for someone who upsets you.

But curses are still with us as this link from Tax Justice Network suggests basing it on a long article in The Economist.  This is about The Finance Curse with reference to The Resource Curse, the idea of which has been around for a little time.

Essentially it is based on the experience of many nations who have put too many eggs into too few baskets, to put it briefly, sometimes to the point of one major area of activity dominating the economy and in turn governance.

A sample of what might be coming relating to my blog on "Running The Numbers" of 4th May is this from Andrew Dewson in Saturday's the 9th newspaper "The Independent" under "The cloud burst that proves Google is coming for Wall St."

Lo and behold, on Wednesday the privately held “big data” company SunGard unveiled new software that can process and analyse 6 billion trading and market-related messages per hour, with the ability to raise that to a mind-boggling 25 billion per hour. The software is powered by Google Cloud Bigtable, using the same algorithms that power Google’s other big data services, like its search engine and maps.

This means in effect a lot fewer people each controlling and doing a great deal more than at present.  In my town the changes in office work and related activity is all too evident in the empty offices for sale and the others being turned into flats.

The many nations currently attempting to pile into financial services and related activities because of all the jobs and money flows and by doing so put their monetary and economic systems in their hands could be in for a bad time.

Namely a small elite controlling it, a small number in the middling and technical ranks, a lot of low paid doing the menial work and a lot of others with no work at all.

Does this look familiar?