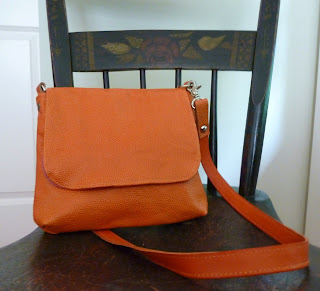 The handbags at dawn spat between Labour and the SNP over where to put their backsides in the House of Commons featured a sad event where a party led by a wealthy former RBS banker, his fortunes protected by the taxpayer bailout, displayed their OK Anti English racism and public sector funded middle class distaste for an ageing English former coal miner.

Yes, poor 83 year old Dennis Skinner, Derbyshire born, Derbyshire bred, strong in the arm (when younger) and, well we will omit that part of the old saying out of respect for his vigorous and broad command of the English language.  It is palpably untrue in his case.

The SNP took his seat in The House as part of an exercise in cheap publicity stunts. Given that The House is normally almost empty when business is conducted, the real action being in the Committee rooms and only seems to fill when the TV coverage appears on main news channels it is an indication of the current level of debate and priorities.

But the surname Skinner got the twitch going.  It is one that appears in various parts of the Atlantic Isles, including Scotland.  Could Dennis in fact be one of the SNP's own descending from one of that name who moved South as so many did in past generations?  The fact that coal mining might be involved raises the question.

There were other potential Scottish links.  Notably Hercules Skinner, a Scot, who went to India in the 18th Century, married a local princess and created a famous family.  The soldier scholar James Skinner of Skinner's Horse and the HEICS Bengal Army is one.  Being of mixed race if our Dennis were to be of descent from him or his kin that would be an intriguing addition to issues of racism.

Alas, on inspection, from the evidence seen it is likely that none of this is the case.  If this is correct then Dennis is certainly very English but not Derbyshire.  It is Kent and he seems to be a Kentish Man rather than a Man of Kent and of deeply rural origins.  Kentish Men are alleged to have Saxon origins if of ancient stock.

There is, however, a twist in the tale.  The vicinity of West Kent where his family may have lived has Chartwell House plum in the middle of it.  From the early 1920's to his death it was home to Sir Winston Churchill.  But by the time he bought it the Chartwell Estate had financial problems and the estate was split up into lots for sale to get a better return.  So Churchill only bought a small part; what happened to the rest?

This would have affected many in the area, which was already having serious problems arising from the economic downturn immediately following the First World War.  But before then, in the 1890's,  Dennis's grandfather had moved north to Clay Cross to take up other work.  As did the family of The Lady's grandmother moved from Kent to Sheffield.

Here is the National Trust item:

The Campbell Colquhouns were moderately wealth Scottish lawyers, churchmen and politicians and bought the land in 1848, renaming it Chartwell. They developed the house and land so by the time the house was up for sale in 1921 it extended to 816 acres and included several farms.

The property did not make its reserve at auction so was split in to smaller lots with the house and 80 acres being one. Coincidentally John Campbell Colquhoun and Churchill had known each other as schoolboys at Harrow but did not keep in touch.

Going back to the time when Scot's such as these bought up English land and used their wealth to trample down the English farm workers, we find that the Skinner ancestor of Dennis in that part of Kent is an Ag Lab, an agricultural labourer.  In that same period, Margaret Hilda Roberts, later Thatcher, also was blessed with such an ancestor.

It is wonderful to see that Margaret Thatcher (she married a Denis) and Dennis Skinner have so much in common.  They were among the very few truly English lower class plebian politicians of their time albeit having one or two differences of opinion.

She was useful with a handbag and it would have been interesting to see her pitching in on behalf of Dennis to help him keep his chosen seat.