Spending A Night Out 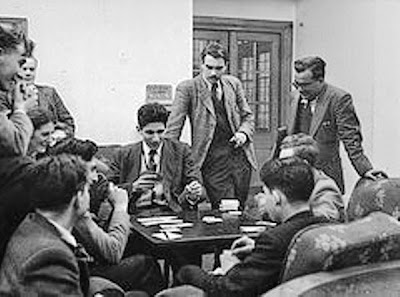 The latest Events list dropped through the letter box a couple of days ago with three invitations to attend.  They all look interesting and might be worth the effort.  These are LSE events and can be found on the web site, but here are the outlines.

Change is on the way.

Since the start of the new century, the world has started to change - and radically. The collision of four global forces means we are now living in an era of near constant discontinuity. Competitors can burst upon the scene in a blink of an eye.

Businesses that were protected by large and deep moats find that their defences are easily breached. Vast new markets are conjured seemingly from nothing. Five years is an eternity.

In a new book, "No Ordinary Disruption", the three leaders of the McKinsey Global Institute, McKinsey's business and economics research arm, argue that the world is now roughly in the middle of a dramatic transition as a result of four fundamental disruptive trends: growth and urbanisation in emerging markets, technological disruption, increasing connectivity, and the ageing of populations.

None of these disruptions, on its own, is a surprise. The unique challenge is that they are happening at the same time - and on a huge scale, creating second-, third-, and even fourth-order effects that are scarcely possible to anticipate.

As they collide, they will produce change so significant that much of the management intuition that has served us in the past will become irrelevant, causing us to reset our collective intuition.

How we behave in economics.

Richard Thaler has spent his career studying the radical notion that the central agents in the economy are humans—predictable, error-prone individuals. Traditional economics assumes rational actors. Early in his research, Thaler realized these Spock-like automatons were nothing like real people.

Whether buying an alarm clock, selling football tickets, or applying for a mortgage, we all succumb to biases and make decisions that deviate from the standards of rationality assumed by economists. In other words, we misbehave.

Dismissed at first by economists as an amusing sideshow, the study of human miscalculations and their effects on markets now drives efforts to make better decisions in our lives, our businesses, and our governments.

Speaking about his latest book Misbehaving: The Making of Behavioural Economics, Richard Thaler will couple recent discoveries in human psychology with a practical understanding of incentives and market behaviour.

Thaler will explain how to make smarter decisions in an increasingly mystifying world, revealing how behavioural economic analysis opens up new ways to look at everything.

When Freakonomics was first published, Steven D Levitt and Stephen J Dubner started a blog—and they’ve kept it up, tallying more than 8,000 blog posts on Freakonomics.com and pulling in 12 million page views per year.

The best are now published in When to Rob a Bank. At this event, Stephen Dubner shares the Freakonomic secrets to making economic ideas fresh and entertaining through their blog and podcast (which has been downloaded 150 million times).

You’ll discover what people lie about, and why; why it might be time for a sex tax (if not a fat tax); and, yes, when to rob a bank. (Short answer: never; the ROI is terrible.)

In the last, "When To Rob A Bank", discovering what people lie about.  This might be required reading for our pollsters and politicians.