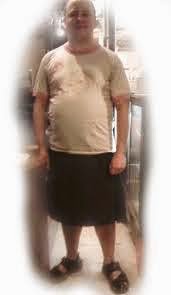 Back in the 1950's there was a running joke in the racism and prejudice of the day, that in London the Irish staffed and ran the medical services and made the roads, the Welsh ran the education system and the Scots the police and military.  The rider to this was that the English kept quiet and stayed in the pubs.

An exception was around the docks and in parts of East London where there were "Cockneys", up to a point.  Family historians now know that you could often scratch a Cockney and find another breed inside the skin.

In the current election we are reminded that London elects more members of Parliament than Scotland and unlike them may remain
a Labour heartland and possibly stronger in that they will no longer have to worry about those Labour Scots wanting to make policy, chiefly ones that involve high spending in Scotland at the expense of London.

It is not just Labour that wants to spend money in London, that High (or low) Tory Doris Johnson, the blonde boomerang, wants to see mega outlays in London to keep all the growth going.  He claims that this keeps the UK financially, although reality is the other way round.  All the growingly distant Lib Dem's can do is to try and outbid both parties but they are on a loser.

It is intriguing that the leading American-Australian Scot, Rupert Murdoch appears to be assisting the SNP at one end and the Tories at the other.  Whether he would go so far as to cobble together a Tory and SNP coalition is a question but I doubt it.

For his purpose it is suspected that it might suit him to have the Tories in control in Westminster and the SNP in Scotland in a kind of armed truce where the Murdoch media are the ones to shape and lead any debates on what might be.  If his interests also call the shots in the US elections anything could happen.