Life On The Heap 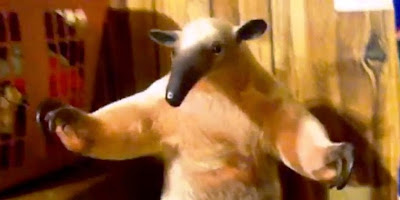 On Friday there were some predictable reactions to the election results.  One bone headed ignoramus sprayed  on the memorial to the women of World War 2.  I remember those women and what many of them suffered.  The memorial in fact recognises this among the ordinary women at the time.

Many luvvies have been shocked and some have shown their stripes.  Jessica Duchen in her blog called David Cameron a swine by implication.  Given the number of high Tories I have seen at Covent Garden her comment suggests pots and kettles.

In the playground the fray is just beginning.  According to Wikipedia there are 38 Labour members of the current Scottish Parliament with an election to come in May 2016.  The campaign began this weekend with the UK election out of the way.  That is if the media blitz from the SNP is any guide.

Also, at the moment there are around the same number of lost Labour souls, losers of once safe seats, looking at five years to go before the next UK election, if they were even selected as candidates, let alone elected.  For those who enjoy political blood sports it could be a feast.

Among the factors bearing on this is the chance that there will be no BBC to complain about or make use of in that the writing is on the wall for it in its present form.  What will be left is a guess, but let us hope for the survival of the cartoon channels and Radio 3.

Even there the BBC Proms might make a tasty package for some media people to take advantage of its world following.  It could be tempting, yet again this year the BBC has botched the TV coverage in its programming.

The problem of perception at the moment that is all pervasive and unrecognised is that there is extensive and rapid change going on in parallel in many sectors across the world.  As we have signed up to globalisation full scale we cannot be immune and equally we cannot control whatever political devices we employ.

Our government, so called, is largely a branch office for entities that are regional, such as the EU, or global in some form or other.  The EU itself is only an intermediary regional office in many respects.  Where the head offices are and who they answer to, if anybody, could be anywhere in the world.

As all are wired up and communications instant they have become more powerful and effective in issuing rules, regulations, directives and the rest.  The trouble is that in much of the world the branch and regional offices are corrupt, grossly inefficient and bad on detail and so are some head offices.

So in the Atlantic Isles and the various bits and pieces of so-called government the struggle and effort is comparable with groups of ants with different ant heaps fighting over which lump of matter to push into their particular heap.

But there are a lot of anteaters about with long noses who see the ants as their nutrients and basic diet, notably interests that are more global than the governments, better equipped and more powerful.

Especially, if they control the media and the political choices made among those who want admission into any governing entity.