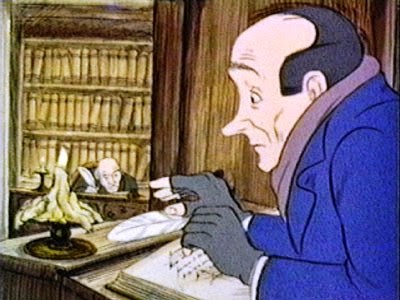 With the interest in the 1815 Battle of Waterloo there has begun a review of many of the matters of history relating to that time.  One is the story of Nathan Rothschild who was later alleged to have made a fortune on insider knowledge about the result.

This article in the Independent today gives a summary of it, how it came about and a brief discussion of what may have been or not.  As it happens in the last few weeks I have been trawling old newspapers, not on this subject but other matters relating to individuals around at the time.

It was obvious that there was going to be a battle, but it was much less clear who might win, how great a victory might be and what might be the consequences.  Wellington, a formidable general had a makeshift force stiffened by cadres of good experienced troops.

Napoleon had the remains of his once great Imperial Army to which had been added sundry conscripts and volunteers with little experience or time for training.  It would depend on who chose the ground and made best use of it.

Had Napoleon won, it has been assumed he would once again try to dominate Europe, but we do not know that.  He might have settled for a treaty that allowed him to return and agreed to other issues that removed the core of Allied unity.

He would have known that if he did inflict defeat on the allied force there was a good chance that it would have been very difficult to put together another joint force and given Britain's problems if they let him have France he might let them have control of the sea.

So what was going on in London?  Looking at the newspapers and journals of this period on other matters they were only as good as the information they could print or could know about.  The financial market data is therefore limited to comment, opinion and current pricing.

What actually went on in the brokerages, banks and financial houses was a complex and highly skilled activity that was kept secret to those who knew and who managed it.  Financial journalism as we came to know it did not exist and nor were there academic or other regulatory bodies with interests.  The Bank of England was more secret that any of them.

Historians of the present and past attempting to fathom or come up with hard evidence cannot find it.  Even if there were records available from the past interpreting them would be very difficult and even more so penetrating the minds and expertise of the brokers, bankers and others of that time.

My answer is quite a simple one.  The puzzle of who did well and who did not in 1815 may not be clear at all because the money men at the time had already priced in their dealings to allow for what was certain.  That was there would be a battle and the winner could not be predicted.

If this seems outlandish remember that in very many financial crashes and upheavals some money men seem to come out of with a profit, maybe smaller, maybe larger, depending on the pricing they allowed in their dealings.  Market manipulation is a very old trade and not a new one.

The reason why the Rothschild's did well was because they were good at it and as a European outfit were able to access other markets as part of the warp and weft of their trade.  They survived and those who did became rich.  One reason may have been their relatively conservative financing allied to good information sources.

None of these money men would have needed last gasp information that just beat the official announcements with all the serious risks that such positions would have entailed given the immediate uncertainties of what might follow.  They did not work that way.

But if Nathan Rothschild had a side bet on Field Marshal Blucher as a personal small money gamble it would not surprise me at all.