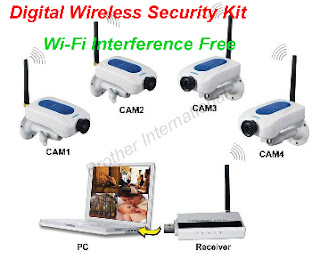 It was one of those days again. Sitting, worried in a waiting room that somehow you could be helped and that there was an answer to questions you could not deal with yourself and had to depend on the expertise of others. Luckily, today they were kind and understanding and told me not to fear the worst.

No, not the quack’s where all you get is five minutes and a chit to pop pills to help him or her tick their boxes and keep the pharmaceuticals in bonuses. Nor the banks who will want to sell you schemes that you do not want, cannot afford and will probably ruin you.

It was a computer place where the old civilities still can be found if you are honest with them. Luckily, it was not my problem but someone’s who was very busy and needed a person with a bit of time to spare. With the medic’s these days it is better to use the net and for the most part safer. With computers it is not the same.

What I did see there was on an ordinary monitor half a dozen pictures that I took to be news items or video’s of entertainments. It wasn’t, it was CCTV of their building and area that was fascinating to watch, if you are nosey that is.

So much for privacy, anyone these days with a few quid to spare and a decent set up can have good wide coverage of their home and site in detail at no great cost. More to the point, this does not just deter some it can be a source of evidence when needed. But it isn’t private, all is recorded and if you are not careful, revealed.

Full colour, up to a dozen cameras at once; sharp definition, it had time lapse and also movement sensitive and all dealing with the space of a terrace house and back garden. Wow, all you needed instead of a computer monitor was a few big screens to give you life as we know it.

Stepping out into the High Street, you might expect to have moved away from this. Not so, the main parts of town are festooned with cameras and somewhere out there could be people watching. They will be getting bored with my dance routines so I do not bother any more.

In any case the public sector CCTV seems to be nowhere near as good as the private domestic version and is often switched off to save money. It is rare that street crime leads to court cases because the evidence is so bad. No wonder so many of our local hoods have switched income streams from burglary to mugging.

Back in the old days of film and TV of the mid to late 20th Century one way to impress the viewers was to have huge rooms full of computer hardware and white coated or other high tech’ minions running around in a flat panic keeping it all going.

Now all it needs is an ordinary person with a small box of tricks, keyboard and screen and a few well placed mini-cameras to do the same more or less between sorting out the paper work, making the coffee and answering the phone.

The reason I was there was because a large public sector organisation had lost all the relevant records and totally botched what needed to be done. This small private sector entity had it sorted out while I was drinking a cup of tea they had kindly supplied.