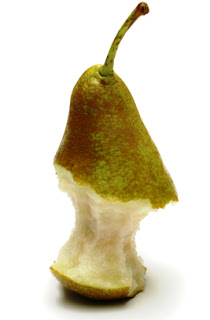 It has been a long hot week with a lot to do and then it all happens. Again, it is all going pear shaped.

There have been many claiming that this one was coming, unluckily a lot more notably amongst people in high places cheerfully told us all that every thing was for the best in the best of all possible worlds.

One that is not new but has now grown so far out of control it puts all at risk is the extent and nature of embedded fraud in the international financial system. The post below flagged by Nicholas Shaxson in his Treasure Islands blog and picked up via Tax Justice Network sets out James K. Galbraith’s views.

It is a long lecture but instructive if you have the time to read it. Simply, it is saying that economic policies that we might want are unattainable because the financial fraud is impossible to deal with.

Elsewhere, The Automatic Earth takes the view that Europe has thrown in the towel. For those not familiar with the sport of boxing this is about Europe being so far down the drain that it is not bothering to get out of it and concedes defeat; meaning that the Germans have taken their towels away from the communal pool.

None of all this is new, there have been crises before and major defaults. One of the problems afflicting Tsarist Russia was that it was already a debtor nation before 1914. Having substantial primary economic resources there was a ready market for its bonds.

By 1917 the debt was much greater and imposing a major burden on government. The Bolsheviks on taking power promptly defaulted inflicting huge losses in the major financial centres, notably Paris. It is arguable that the British 1919 Murmansk Expedition had something to do with the City of London.

This issue has not yet been resolved almost 100 years later and still the subject of legal actions and international differences:

So how many centuries will our difficulties take to resolve?
Posted by Demetrius at 17:02