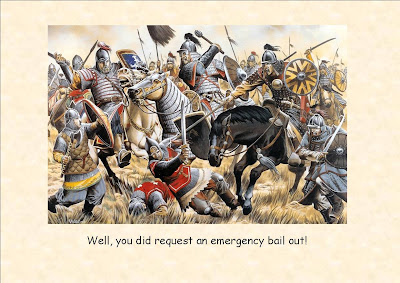 These days there are a number of things that give me the shivers. Perhaps it is better not to list them, some people can be judgemental. There is one that always has me deeply worried.

It is when a politician begins to talk about planning the economy or seems to think that the politics comes first and the economy meekly follows according to the needs of the moment.

It is reported that President Obama in a latest need for sound bites that will sound good and masterful has been talking of an economic plan to overcome current difficulties.

If there is not enough bad news around the possibility that the USA will spend the next fifteen months in a debate about what economic planning might be best is cause to head for the hills.

My memory in the UK goes back to all that business about the commanding heights of the economy. This began when they were already under erosion and on the way to becoming foothills if not lowlands and some became swamps.

Then there was the much trumpeted National Plan of the 1960’s which was about as much use as putting wallpaper over the walls of a residence that was suffering from severe subsidence. Having had the NCB in to restore one of my past homes in a mining area this is something I do know about.

In the 1970’s in the UK it was not so much a national plan as an IMF ultimatum and rescue came not from any significant political decision but the sweat and work of those in the North Sea oil and gas fields.

Looking further afield those political entities that went in for extensive planning and state directed organisation and management all seemed to go down the drain. The balance between state funding of major projects which is one thing and actual involvement in detail and decision is a fine one but critical.

It the data that goes into a plan is deficient, dated or wildly optimistic and planners often seem manically over optimistic to satisfy the demands of political masters then the plan will be rubbish. If the plan is not flexible or capable of rapid adjustment then it will not work.

If the plan attempts to retain the past and the future does not match expectations then it will descend into a chaos that will be normally insurmountable. Which is more or less where we are at the moment following Blair & Brown and their vision of a deftly controlled Goldilocks economy, now shelved under Fantasy.

Those of us with any sense will wish the USA well and hope that they do overcome the many challenges they face. This is not said in a spirit of generosity but naked self interest. If they go down we all go down with them.

If the USA does hit the rocks then who bails out China?