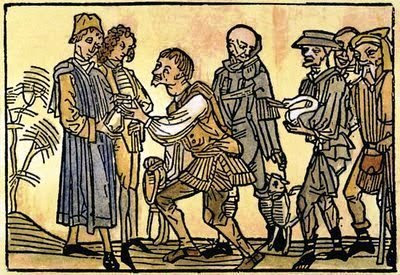 Whilst everyone is bleating about what went wrong nobody seems to have realised that it was never right in the first place. There never was some kind of UK or other paradise where it was all happy families raising kids to be socially mobile, or if not, at least willing workers in an ordered and secure world.

In the 1960’s the world was a difficult and dangerous place and the reality of life for the bulk of the population of the UK far from the Rock and Roll Swinging Sixties the media have foisted on history. As for debt the maximum debt loading a salaried family in a safe job might go to was only around two and one half times the main income only.

What has happened is that many of the problems that existed were bought off. Cheap oil, vastly improved transport of goods together with medical and technical advance bought us almost half a century which together with inflation, the gross debasement of fiat money and the bribery of regimes and electorates have deferred and delayed the impact of human activity on political stability.

What is worse is that in the search for reasons across the world both media and the politicians have relied on notions, theories and ideologies from earlier generations, who themselves lived in changing worlds they did not fully understand and from the more distant past.

We cannot go back because what was in the past cannot be recreated and the ideas we used then are now increasingly remote from present reality. Even ideas formed as recently as the 1990’s are as hopelessly wrong and dangerous in the coming situation as those of earlier periods. What do we have to build on?

The answer is not a lot. The distortion and manipulation of information and images has been an ever present in human affairs, also changes in attitude. The shifts and turns of our rulers in the past give many examples that would fit the modern world. How did Britain get into so many wars? We were told in school about the hundred years of peace between 1815 and 1914. Yet, in that time there was barely a year when British troops or seamen did not see action.

Today we have the issue of the Iraq dossiers and it is apparent that the use of modern spin, manipulation of figures, false accounting and calculated use of a media that is largely tied and subservient means that if what we know is what we are told then we really are in trouble. Because what we are told is closer to fiction than fact.

Our posturing politicians have given away most of their authority to both foreign and UK agencies severely limiting their capacity to do anything effectively. They have given away control of the money supply and credit control and creation to a group of financiers who base themselves elsewhere.

They have caved in to the demands of a narrow range of interests who have the ear of the media that means whilst on the one hand there are infinitely more laws there is little real control in what is happening on the streets amongst those elements of the population who prefer to avoid either useful work or to follow basic rules.

Now, in their own pursuit for wealth the politicians have tied their own hands and hope to exist on words spin and issuing fake money. In the parade of people through the law courts in the next few weeks you will not see any of the drug barons, people traffickers, fraudsters or tax evaders. You will see the shoddy end of the criminal elements that do the dirty work.

We are paying for it all and the future means we will have a lot less money to do it with. So how is the present political structure going to survive?