Identity Crisis At The BBC 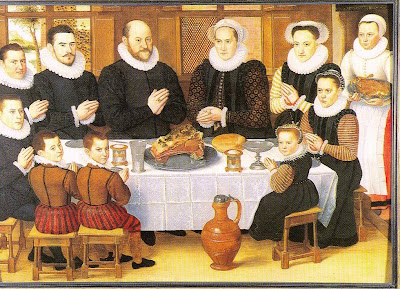 In all the debate about the underclass and who they are and what they are doing some things are not quite clear. One is that some of those involved seem to be far removed from the toiling masses and others public sector employees. There is much being said about how people regard their identities. This can be complicated.

BBC1 kicked off a new series of “Who Do Think You Are” yesterday, a programme that asks celebrities to have a look at their ancestry in terms of how they see themselves. Whilst many people see in them some kind of agenda about telling us all what we think we should be this may be beyond the organisational powers of the BBC at present.

But it does go long on looking for bigger storylines and some of the more arcane corners of history. There is not much of the daunting ordinary in most lives. If David Attenborough can have us riveted by the lives of obscure insects and plants it should not be beyond others to tell the tale as it is.

Famously, and this was one of my blogs, Michael Parkinson was rejected as being “uninteresting” yet he may have been connected to the Parkinson Royal Doncaster Butterscotch makers who were world famous in Hemsworth. Also, imagine what Attenborough could have made of the breeding of whippets.

June Muriel Brown the actress now known for her part as “Dot Cotton” in the soap, “Eastbenders” is first up in the new series. Allegedly, almost playing herself on screen she certainly lived up to the part. Many of those who take part when out of role seem refreshingly normal. Vic Reeves encountering a long lost relative who had never seen him on TV seemed almost glad.

The June Brown programme was both fascinating and selective. She hopped back a handful of generations mostly in the female line to a bare knuckle boxer Isaac Bitton who was famous in his day and undoubtedly a brave and resourceful man. The whole programme then was devoted to tracking his family back from Amsterdam via Northern Italy and previous deportation from Oran in North Africa by a Spanish Grandee.

They were Sephardic Jewish, a community who have an interesting and complex history that otherwise was largely ignored. Considering they could well have gone back to the Carthaginians this was quite an omission. Also, largely omitted was any attempt to explain any of the other backdrop of history. Complicated it is but it is not beyond a competent historian to sketch in what it implies.

This strand of her history was intriguing but to imply that it was all or most of the story was not quite accurate. At best it may have been only ten per cent. Other parts of the family went without research and unmentioned. Any possibility of an aristocratic strain in the DNA was firmly discounted. As any genealogist knows you assume that something cannot turn up at your peril.

From passing comment it seems that June’s father may have been a Scottish Brown. We can all sympathise with someone who does not want to look at some of the murkier Brown ancestries of Scotland. Who knows what could turn up? Do you really want to have a Presbyterian Minister in the blood stream?

But there was mention of Italian blood as well. If these were Italians who came to Scotland a century or more ago then this does raise some interesting questions. As well as other Brown’s who are of interest there could be quite a story there.

The other one was the inclusion of an Irish strain. This, I assume might be the Butler part of her mother’s family. If so, then well, well, well, Butler is a surname held by many ordinary people from Ireland, however the Butler name includes some of the great and major families of that country. The odds against aristocratic ancestry suddenly shorten.

The programme therefore, while being interesting and entertaining with a basis of fact told much less than half the story. Moreover, it fitted it to the preconceived media persona of battling “Dot Cotton” who was an East End Londoner from further shores. In part it was truth but it was far from the whole truth and therefore deceptive.

When we look at those who live in London today and most urban areas the great majority do not know who exactly they are nor much about their roots. Many have scant connection even with close family.

As for identity they are invited to take it from what the commercial media tells them they are and how they behave by those selected by the media to act as role models. You are what you consume as Kant might have said.