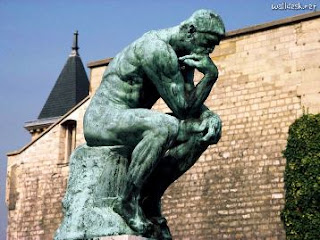 In the New York Times there has been an item on the notion of “Decision Fatigue” to the effect when faced with a series of complex and intricate decisions the person critical the process has their judgment and actions impaired by a declining ability to cope.

Transferred to politics and minds reluctant to take certain kinds of decision in the first place this suggests that fatigue might set in at an earlier stage than those in the studies. For Blair it may have been only days after his election in 1997.

For Cameron and Clegg, alas, there are all the signs of it. Mervyn King’s could be dated back quite a while now. The list could go on and on. Probably the entire Cabinet is affected. As for the Labour opposition they all went into that mode years ago and I doubt if sentient life is left there.

The NYT article is here:

President Obama may have lasted longer than most but it was evident when the Deepwater Horizon oil spill occurred. This was a situation that would have tested anybody and would have found a good many out. But since then there have been increasing questions about his thinking processes and policy management.

Turning to Europe one wonders if all the protagonists in the current Euro crisis have collectively contracted decision fatigue. This is not to suggest it is contagious. But if one major leader goes missing in decision capability it can create the conditions for all of them to be affected. So who was it?

Two of the leading economies in Asia are also showing signs of failure in decision making and policy implementation. Japan for obvious reasons but China, which may be good at hiding things may now be spending more time in covering up than exercising effective control over what is going on.

In all the turmoil and hurly burly of what is going on there is nobody to get a grip or at least think things through to some sort of logical or sensible conclusion. It is all seat of the pants and spur of the moment politics and governance at present.

Applying this to times past in History and it could explain a great deal. But the world today is a lot more complicated.

Personally, mine sets in a few minutes after getting up and continues until a decision is made to advise me to go back to bed again.  At least so I am told.