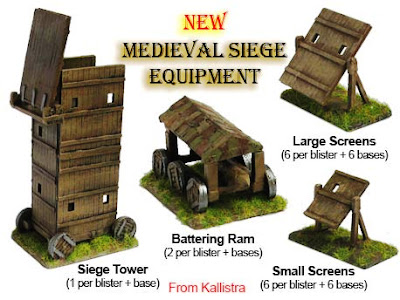 ﻿Last Wednesday, 3rd August, in “On A Wing And A Prayer” under a picture of Laurel and Hardy I commented on the potential for a loss of control and referred to the London Mob of old. This was not so much a prediction as a warning. And so it came to pass.
There have been other comments that in the past where life has been nasty, brutish and short it was common to have a lot of small violent groups under minor warlords. The time when this turns bad is when they begin to act together and in concert.

The signs and portents have been there for a little time now. In recent years when going into town on a Monday it has become routine to see broken shop windows and other damage to property sometimes with entry having been made. The smashing of windows in parked cars has become frequent. Ram raids are also common.

Arrests are rare because police investigation is rare. Even if they do arrest, prosecution may well simply not happen because there is a glitch in the fallen forest of paperwork and if it does punishment will be trivial or scant.

Along with this has been the increase in incidental arson, often in isolated buildings or those without security cover. Sometimes this occurs from wilfulness, sometimes from spite in residential property with occasional fatalities. That people may be put out of work or their lives ruined does not enter the equation. Again it is unusual for arrests or prosecution to occur.

What is striking about both the vandalism and the arson that particular targets are very often the sports clubs, voluntary and other community facilities that try so hard to help, support and provide alternative and effective interests for the young.

Quite simply, this has now escalated and come together in what amounts to a bid to control not just local estates but key urban areas. Should these mobs begin to cohere under some form of effective leadership then we are in real trouble.

There are cries for more spending on facilities and public sector provision for the young, despite the damage being done to them already. In my time and after there were extensive local, voluntary and other forms of activity for the young. But there was also a largish minority, normally boozers and bashers that scorned this and went their own way.

The damage they inflicted was highly localised and largely amongst themselves but they were a nuisance. But even then there was scope for crime and criminals to evade justice. However those who controlled this did not have the grip on power and the power brokers of those of today, often by the nose.

Tomorrow London is poised for more trouble as over 600 looters descend on Westminster. Parliament has been recalled and the Members of the House of Commons need their expenses. There have been a handful of arrests recently but if sentenced they are soon released. The loss of a Rolex watch is clearly reason to let a man go.

They will have cause for concern. Tourism has been touted as one area where the UK might improve its trading figures. Bookings for next year could well be down. Additionally, there are fears that real attempts may be made to tax the owners of several properties at levels that approach those with only a single property or no property at all. A lot of them will be looking at reductions in their portfolios.

The atmosphere in the downstairs subsidised bars of the Palace of Westminster could well turn even more ugly than usual.