That Was The Week That Will Be 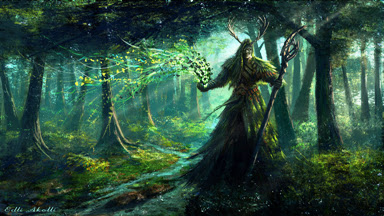 It seems as though almost, if not every week, these days has at least one major fiasco of Government, UK style, another astonishing blunder, Europe style and a serious miscalculation of risk, USA style. These are attended by other ones from across the globe almost as difficult to predict.

Then there events of the past that come back to remind us. Mr. Megrahi in Libya celebrates two years of freedom instead of being mourned these long months since. Which blogger was it that suggested that his treatment in Scotland was not as it should be and once in Libya his survival chances improved vastly?

Apparently, a major bank, suspected to be a French one failed to borrow enough short term money on the markets to get past the week and had to be supported. The Bank of America, now on Death Watch according to US sources, is having a fire sale of assets and cutting jobs. Which one is next?

One country we hear little of in this trail of disaster and fear is Russia, which is a little strange. Perhaps it is too far from our media to gain notice or the language too little known. Historically, when fiasco’s, blunders and miscalculations are to be found the Russians are never far behind. Could something there be impending?

Perhaps geophysical events are best avoided given the quantity and quality of man made disasters but they can impact on them. It may not be next week but one week soon there ought to be something that goes pop or bang or clunk.

For someone who likes nothing better than to go outside, sniff the wind, say an old saw and suggest summat ‘orrible is nigh there is an embarrassment of riches. It reminds me of the time when meat was taken off ration and it was possible to ask a butcher for something other than scrawny very old mutton.

Back in the 1960’s when the BBC were frantic to stave off the collapse of their viewing figures they roped in a few leftie Oxbridge chaps to do a late night satire show which became popular. It was new and picked out issues from the week before. Often there was not much but they made the best of it in “That Was The Week That Was”.

If such a programme existed now they would simply have too much material to cope with and it would be a struggle to select something from the many options available. Possibly, the only way round it would be not to look at the week past, but at the week coming to do a satirical “Mystic Meg” show.

Merkel and Sarkozy go ice skating? Cameron and Clegg play leapfrog? Obama appears in the “X Factor”? A big round board with the names of banks on it is whizzed round for someone to chuck a dart to select the one to go bust?

A “Take Your Pick” show where members of our elite try for the biggest pension pot? Or a medical one where the winner selects a medical procedure for their favourite politician?