On A Wing And A Prayer 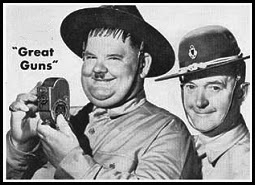 There were two items in the media, apparently not linked but which have their connections. The first was the spin that there will be an “Army” of 27,000 to deal with the security at the 2012 Olympics. The size of an army can vary.

There are some historians who assert that an Anglo-Saxon Army consisted of a boat load of warriors, around 30 to 50 in number. In my day around 27,000 men would be just a couple of two brigade divisions and not even a Corps, let alone an Army.

If my memory is anywhere near correct the total number of people deployed to deal with the 1948 London Games was well in excess of this figure and had a great many members of the Armed Services doing one thing or another. The figures for the Peking Games are not known but there were suggestions of half a million.

Given other Games in other places, the number is small considering all the locations and sites that need to be covered. That London is, and to quote this blog, “heir to all the world’s sorrows” the numbers are well short of what is really needed. It may be, of course, that in order to reassure assure people the figure given is a small one.

At the same time military experts are saying that the next round of proposed cuts in the Armed Services will leave the UK unable to meet its existing obligations and any future ones abroad in the foreseeable future. Once “Defence of the Realm” meant the security of our own shores and the ability to see off attackers.

The proposed levels and organisation of the armed services will not be able to do this effectively if there is any real increase in international stresses. With the risk of mass migrations pending and the inherent risk of some of these turning violent somewhere at some time there is going to be real trouble.

If it is the UK we will be wholly unable to deal with it. Nor will we be able to aid or support crucial allies and interests on whom our economy might depend or where many UK citizens are involved. It is little wonder that some within the Police forces are becoming more strident about having armed police.

It has happened before and it can happen again. Not long ago there was a London Mob and it needed a Brigade of Guards and a Household Cavalry to deal with it.

Now it is said we are to disband the Coldstream Guards, our oldest regiment.
Posted by Demetrius at 11:58