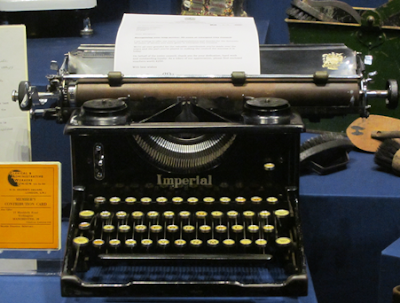 One pleasure from modern TV is that it is possible to watch series etc. from long ago.  Some stand the test of time, some do not, but on the whole they are not as gruesome and in your face than the typical shows of today.  Even better they are a lot less noisy and flashy without constant two second shots, allow long takes and are a good deal more subtle.

At present there is an intriguing pairing from different channels to watch.  ITV Encore have been running the original "Brideshead Revisited" from 1981 based on the book by Evelyn Waugh while Yesterday are treating us to the "Jeeves and Wooster" filmed a little later as a compilation from the works of P.G. Wodehouse.

While they both deal with the highest level of the class strata and are similar in period, they are apart in their character.  BR is serious and in depth with some comic moments, J&W is farce. up to a point, Lord Copper.  It seems impossible to compare and contrast.

They are works of fiction, written for what would be hoped large numbers of readers so there have to be many complexities in the plots, relationships, events, mistakes, misunderstandings and backgrounds to fill out the stories and keep the reader wanting to know.

Despite the differences it is tempting to try to relate them.  Is Tuppy Glossop of J&W, the overweight hare brained bungler, leading light of The Drones Club, who is constantly in trouble related to "Boy Mulcaster" the loud, offensive and serially stupid fat Viscount, leading light of the much less civilised Bullingdon Club, of BR?  At a pinch you could swap them and with a little editing it would do.

A key person in BR is Sebastian Flyte the second son, so not the heir of Lord Marchmain.  He becomes a serious alcoholic and the tragedy of his life is at the centre of the novel.  But in J&W, Bertie Wooster seems to shift almost as much of the drink as Sebastian, clearly out of his skull quite often, but never regarded as an alcoholic.

Perhaps Waugh might have given Sebastian what so many younger sons of major peers were given, a safe Conservative seat in the House of Commons.  In that case he might have been married off to PGW's bossy Honoria Glossop whose medical father Sir Roderick might have cured him of his troubles allowing him to progress to The Cabinet.

On the other hand, Bertie might have been packed off by PGW to a clinic somewhere allowing the story line to be early version of all the hospital, doctor etc. tales we have today which command the TV channels.  Bertie straying into an operating theatre and being mistaken for a leading surgical urologist could have been a lot of fun.

There are a great many possibilities of mixing the two, too many for this post.  However, the reality of the lives of the two authors does have major contrasts.  Waugh lived from 1903 to 1966 and PGW from 1881 to 1975, so they were not of the same generation.

PGW did not serve in the First World War because of his eyesight and during it was in the USA where he continued to spend much time but finishing up in France in the 30's for tax reasons.

He was not entirely of this world or of Britain and failed to get out of France in time.  He was caught by the Germans in 1940 whose use of him led to him being accused of treason by many people, although it never came to court.  So after the Second War he went to and stayed in the USA.  On the other hand Waugh, too young for the First War, volunteered for the Second and was commissioned.

It is said that while doing his duty and willing to fight he was not a good subordinate and a much worse superior whose men had a strong dislike of him and might cheerfully have shot him.  He seemed to have a lot of changes of branches of the Army and Marines.

But it gave him a rich fund of material for his later writing.  Who can forget Apthorpe's Thunderbox?  It is all a very long time ago.

On the other hand Rudyard Kipling used an Imperial Typewriter.