Music To The Ears 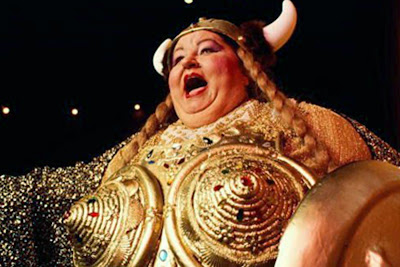 As Cameron turned away and into 10 Downing Street after his latest announcement he was heard to hum a tune.  Classic FM have put up a version of it as a lush fantasy for cello and piano.

It is here and is a decent piece of composition despite the iffy origins.

This could have been an option from Julie Andrews at less than two minutes and is happy.

But the tear jerker is this at three minutes, where it all does end sadly.

On the conservativehome dot com web site of 12th July, Paul Goodman has a post titled "May - A Joe Chamberlain In Kitten Heels?"  There are times when I feel that writers ought to try a little more research and this is one of them.  To link him to the new Prime Minister, Theresa May is a case in point.

Joseph Chamberlain was a major politician of the late 19th and early 20th Century who went from Liberal to Liberal Unionist to Conservative.  On 30th July 2012, under the title of "Harriet's Little Secret" in this blog it was pointed out that Harriet Harman was closely related to this Joseph.  Does Paul Goodman see May as a latter day Harman?

Chamberlain was a radical reformer, fervent leading Imperialist and a major political figure of his time, divisive, difficult and not easy to predict.  The shivers to the spine feature of his agricultural policy, to redistribute land to the rural working population was titled "Three Acres And A Cow".

It may have seemed a splendid election winning idea at the time but if it had been enacted would have resulted in a great deal of the UK agriculture becoming what was essentially subsistence farming at a time of rapidly increasing population.

In this period a problem was that much of UK agriculture had not kept up with change and the great landed estates were often seen more as locations for field sports than increasing crop yields and quality and the source of the rentals needed to maintain the aristocrats life styles.

Chamberlain was born before Queen Victoria came to the throne and died a month before World War One began.  He is a man from another era, doubtless with some qualities, but not one that can safely be compared with any politician of today.

In fact given the world as it is and has been it is difficult to think of any major figure from the past who could be used as a benchmark, and that includes Mrs. Thatcher.

We could have as well as May and Sturgeon, Ms. Eagle leading together in politics, like a hell-broth boil and bubble?

Was it Verdi who set Macbeth as an opera?  It would be in keeping with recent events. Now that really is a serious three minutes.