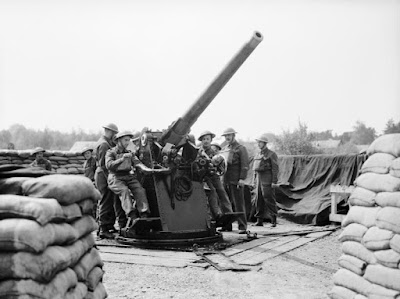 In "The Spectator", Richard Ingrams, sometime editor of "Private Eye" and later the "Oldie" has an article titled "Ted Heath: Still A Surly Man Of Mystery", reminding us of the political career of Edward Heath.

He was Conservative Prime Minister and rival to Harold Wilson winning the 1970 election but taking his chance in February 1974 in the face of a miners' strike was left with a hung Parliament.  A second 1974 election in October delivered Harold Wilson back into office.

In 1975 after declaring his intention to carry on as Leader he was challenged by Margaret Thatcher for leadership of the party and lost, going into a grumpy retirement where his contributions to politics did little to enhance his reputation or standing.

Then and since, whatever Tory policies might have been I regarded him as a walking disaster area.  As I was in a senior job at the time, picking up the pieces of his government decisions and changes out there in the real world was a nightmare, never mind the fact we were living in a mining area.

Consequently, in the decades since I have gone along happily with all the criticisms and the stories of his bad temper, arrogance and boorish conduct to the point of unpleasantness.  At this length of time it is difficult enough to change a view of the facts, let alone long held opinions.

This is prompted by realising that Heath and I were around the same place at the same time in 1940-1941.  It was Liverpool, I was a child staying with family, he was an officer of the Royal Artillery in charge of some Heavy Anti-Aircraft Artillery in the area during that period of the Blitz.

My aunt lived a few yards from a main trunk road into Liverpool close to the junctions with other roads and rail links all serving the docks.  She had a group of artillery emplacements a stone's throw away, I knew, as a child I liked throwing stones.  I still have vivid memories of the thunder of the guns in the night.

Later Heath went on to the Normandy landings, a very difficult and dangerous phase for the artillery, a major target for the Germans.  The sheer business of being in action and constantly on the move was difficult enough, being always at risk did not make it easier.   He went on to be in Germany until it surrendered and then for a  little while after, involved in clearing up the mess.

A few years later, in my time during peace, I had to do with the Artillery in all our divisional capers.  Also, I played on the garrison cricket team with Brigadier David Block, Commander Royal Artillery, my task was to stay in while he made the runs.

What was Heath actually like as a young man before the Army, the information is slight?  Were those personality traits there before, if so were they milder in form, or did they arise from his war time service and the long periods in action.

I know that if Liverpool was bad, Hamburg and other German towns were worse, let alone the trail of devastation the Artillery caused as they moved on from Normandy to The Elbe.  At one time, Heath had to be the officer at the execution of a soldier following a court martial.  How did all this affect him?

It is better to avoid the various medical and technical words for those things which we know far more about today that in the past.  But, it is possible that Heath in his personality was "damaged goods" in a way which was not understood then, especially given his status and prominence in politics.

It was the chances and chaos of politics that enabled him to become leader of the Conservative and so Prime Minister when we became fed up with Wilson.  It may well be that Heath was the wrong man in the wrong place at the wrong time.

But it is possible, perhaps, now to understand better why.