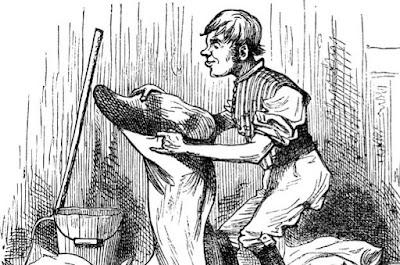 Today is Friday 8th July, having dealt with the first stages of voting in a new party leader, that is a new Prime Minister, the plan is to have handover on Friday 9th September, two months away during a period of world uncertainly, the Brexit Crisis and other serious matters.

Voices are asking why this should be, including Conservatives.  The reason we are told is to allow the party members in the country time for reflection, the candidates to campaign and for Parliament to enjoy its recess untroubled by day to day politics.  This is an utter nonsense given what we already know, modern media and today's technology.

Also, it is not the truth and the clue lies in the throwaway idea that it means that Cameron and Osborne will then be able to attend the next G20 meeting.  Does this mean it allows them to bid fond tearful farewells to old friends and maybe update their contact lists or simply go out in a blaze of publicity?

No, it does not.  The meeting will be on the 4th and 5th of September at Hangzhou in China.  What it means is that between now and then a lot of deals will be done, expensive ones, signed up and sealed and arrangements made with the Chinese in relation to their need to have the UK as the major entry point into the EU.

Hangzhou will be when these are finalised and fixed.  During this period, Parliament will be on vacation, the silly season will reign in the media, other matters put aside allowing Cameron and Osborne and their aides to concentrate on the big business in the literal sense of selling the UK out to the Chinese.

These could be matters we do know about, such as HS2, Hinckley Point, etc. but they are public knowledge, although some of the information is not clear.  But what other matters are there about which we know little and if we are told anything it will be untrue?  Cameron we might remember has been a great fan and believer in the Tony Blair approach to governance.

There are likely to be other deals or major commitments, again, about which we know little or nothing and maybe only untruths.  There will be nothing to stop him and perhaps no way to repair the damage he is about to do.

I can repeat only what I said on Saturday, 25 June, under "There Is A Job To Be Done", that is Cameron must go and now and if he will not Her Majesty would be constitutionally justified in dismissing him.

Or even better the SNP might impeach him along with Blair.
Posted by Demetrius at 14:23