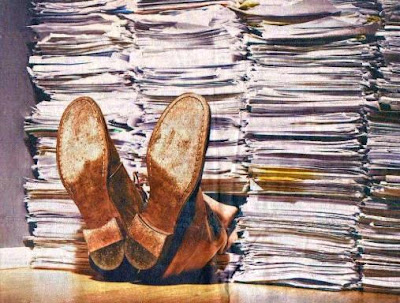 At present we think that the crisis is of Brexit and the matter of leaving the EU or not or maybe.  This is only one part of many crises and they are stacking up and worsening by the day, month or year according to their nature.

The Chilcot Report, at last, tells us one way it can happen, even if soft pedals in terms of content.  A cock-eyed political gamble made on the basis of back of the envelope calculations by a small crony group and talks between ignorant and ill informed politicians who lied and dissembled to their assemblies and peoples.

There were already an ongoing crises in the Middle East, they have now worsened and impacted on Britain in many ways adding to the other crises we have.  They have contributed to the population crisis that is occurring which is not a simple matter of migration but involves other elements currently disregarded.

What we do not realise is that between Europe, foreign issues and other changes we now are in the middle of a constitutional crisis.  In the Guardian today, 6th July, George Monbiot points to this in his article "Labour Savers" more easily found on his web site, monbiot dot com.

The British Constitution that was is gone never to return because the society, the economy, the structures and the beliefs it was part of have gone and remnants that survive will go quite soon.  It would take many thousands of words to explain this and there is already a lost forest of print in word to explain bits of the story.

What is not grasped is that the representative and law making bodies that are fitted to being members of the EU are not ones fitted to a free Britain and those required for such now are not those we have inherited from our messy and murky past.  Our present structure of Parliament and government is suited to neither.  Either way the changes need to be radical and extensive.

We are caught in a trap that when you look at what the government is faced with and should be doing in most areas of national and local policy and management are not being dealt with and gradually and surely become more complicated and difficult issues.  These are not being addressed because the media activity and requirements of present politics and major lobby and money elements not just prevent this but give incentives for avoiding.

There are many and various hard decisions to be made, changes to be put in hand, reforms and restorations, reorganising, refitting and reshaping not being done while our politicians and government are fully engaged on the presentational needs and daily debates of more generalised matters of the moment.

But because they are the present system and they and their close associates relate to and apparently are integral to it, it is unlikely they will want to undertake the fundamental changes that will impact so greatly on their immediate and short term interests, that is where their money comes from.

Briefly, if the UK remains in the EU, as the authority and control of that power increases the representative UK government will be simply an agency and a consultative body.  While it might be elected its real authority will amount to almost little more than that of the present Rutland District Council, and remember that was once a County.

If the UK does become a free agent, it still has many other links and member functions of international and other bodies.  This will require more substantial representative and controlling elements but in the new 21st Century world, something well removed from the present structure and more effective while being more democratic, a state not easily achieved.

Whether the doomsters forecasts of impending severe financial and economic problems are right or even half right, this is not a system designed to cope with it or to manage the fundamental changes it will cause and the many disruptions caused by our failures to face the problems and deal with them.

Albania is said to be wanting to join the EU.  Enver Hoxha, see Wikipedia, its revered leader from 1944 to 1985 would be quite at home there.  He might find that some places had become more Albanian than the Albanians.