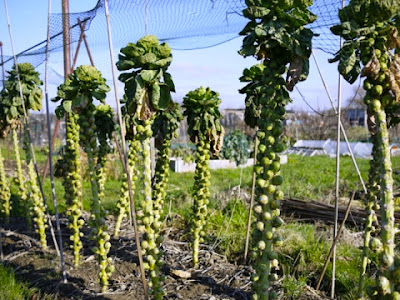 Could we have sympathy for poor old Jeremy Corbyn?  There he was, one of the younger generation of Old Age Pensioners, being active and keeping up with his interests, the allotment and the affairs of his local Allotment Society.  He had a job as a back bench MP, but could leave it mostly to other people and did not need to fill up his diary with tiresome and unwanted business.

But by one of those errors pensioners are prone to make, trying to help or do a favour, he allowed his name to go forward for election as Leader of the Labour Party.  He was assured that he was only there to make up the numbers and allow an unloved disregarded minority a voice and perhaps a chance to tip a critical balance.

But those doing the voting, did not just see what seemed to be a benign old chap doing his best, which in reality wasn't much, but also a person who ideas chimed with their own.  His beliefs are those of Morgan Kavanagh as rewritten and edited by his old house mate Karl Marx to fit the new changing economic and industrial age of the later 19th Century.

So Jeremy suddenly found himself with a full diary, with scarcely space for caring for his growing brussels sprouts, having to contend with the mass media in full cry and stand up on TV facing not  statesmen or thinkers but politicians who were skilled trained PR men who would stop at nothing to push their financial interests.

Worse still was that behind him were ranks of so-called Labour Members of Parliament, Blairites who disliked and distrusted him even more that the PR professionals he was up against.  In many ways they were more Tory than the Tories and it is signal that the new Tory Prime Minister is almost one of them in any case.

So just at the time when he might have been able to smote the Tories hip and thigh, as Kavanagh might have said, this lot of niggardly neoliberals are forcing another leadership ballot on the Party causing doubt and confusion all round.  Who will stand and who will win is open to opinion and your favourite bias.

For Jeremy as he longs for his leeks and lettuce is seems possible that he could win again, when perhaps he really wants to lose, but the sort of person he would lose to is probably the last person he would want to lead the Party.

Who would be a politician?