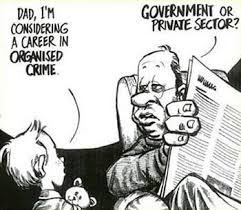 For many it will be a case of telling us what we know or think already, but have been suspect because this seems to be an extreme view.  Surely, it could not be true to the extent claimed and could it be really possible on this scale?

Post Truth Politics is the title in this article from the LSE by Nicholas Allen and Sarah Birch saying bluntly that we have a debasement of standards in public life which is possibly beyond control and now all we can expect from our leaders and their assistants.

The disaster of Greek debt is dealt with in a pungent summary in The Slog web site of John Ward, who has been tracking this for years.  It is clear that the IMF were so busy being best friends with the EU and German banks that what happened to the Greeks was of little concern.

One major problem of today is that so much of what we are told etc. comes to us on high impact TV and other media sources.  There are still older forms, such as radio or print forms, but as our leaders are well aware the visual beats the verbal.

One difference is that we have the web and a variety of sources to look at, albeit with variable reliability or level of content.  But you need the time to do this and then to cross check and analyse.  Not many people have this time.

Then there is what they choose to tell us.  This blog has already mentioned Tracey Crouch, Sports Minister who is anxious to tell us about her plans for football etc. plus the odd grant money that finds its way into her patch for this or that.

She does not mention that in her local Medway Maritime Hospital, apparently, last year 12,000 patients were treated in the corridors.  This hospital, that specialises in cancer, along with its neighbouring ones, is in deep financial trouble.

The reasons lie with the previous Tory, Coalition and Labour Governments and their Private Financial Initiative, PFI, contracts that are crippling the budgets of so many hospitals, schools and others.

Introduced to keep spending out of the government figures and claiming partnership with private finance the terms given away have huge costs in the long term, way beyond cost of building or ordinary interest charges, that are borne by the hospitals, schools and others.

The National Health Service is rapidly becoming a major debt crisis area for which there are no right answers, all the options have serious down sides.  But our politicians are interested only in the short term, the here and now and what money they can claim to have gained for their constituencies.

Instead of spending hundreds of billions on projects which promise little return and greater liabilities a sane truthful government would be putting all PFI under the cosh, rewriting the terms to pay off the lenders at affordable rates, however important or well connected they are, and replacing the debt liabilities by state loans.

In the cases where the PFI deals are outrageous this could mean some financial operators taking a hit and writing off debt in cases where the hospital or school is effectively broke.  It would certainly be a difficult business that would cause complaints never mind that it will demand funds that politicians want for populist projects of far less priority.

It might have the biggest problem of them all and the greatest impediment, that the truth might have to be told whether we like it or not.