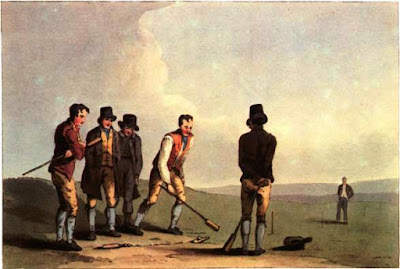 Sport, there's a lot of it about.  The Tour de France, today in Andorra, finished the stage in very heavy rain and rivers of water on the roads.  Geraint Evans, when interviewed said it was great and reminded him of Wales; but it kept  the riders cooler than usual for which they are grateful.

Andy Murray, this very minute has just beaten Milos Raonic to win the Wimbledon men's title, even his mum is smiling.  As the game finished earlier than it might perhaps Cameron and Sturgeon from the Royal Box could be asked to put in quick set or two to decide on the state of the Union.

In the meantime all true Brit's later can watch the final of the soccer European Championship without a care in the world, all the UK teams being out.  Wales did very well, it must have been the rain, and Northern Ireland, along with the Republic decently.  England fouled up, almost literally, and the Scots have become independent of football.

Tonight it is France v Portugal, and in the 2000 Competition they met in the semi-final in Brussels and we were there.  A family member had put in for a competition for tickets but as neither England nor other UK teams were involved and he was busy when he won tickets he let us have them.

It was a good game between two skilled and evenly matched teams.  It went to extra time and almost at the very end there was a major incident.  Thierry Henry going through had the ball pushed away by the Portuguese goalkeeper and fell over him.

After a brief delay the referee awarded a penalty and all hell broke loose as the Portuguese mobbed the referee and their supporters in the crowd bayed their disagreement and became disagreeable.  We were just behind that goal and felt it was a very harsh decision, but this happens.  After some time order was restored and Zidane scored from the penalty to win the game.

Because of the long time for the trip, no overnight stay, there was a change of coach driver on the way back, the fresh one having been in a motorway lodge.  When he came on the bus he told us he had watched the TV coverage and what the penalty had been for and it wasn't the Henry trip.  The Assistant Referee on the sideline was possibly the only person in the stadium to see it and it was the TV that confirmed it.

The goalkeeper had pushed the ball out but it was picked up by the French winger, Wiltord, who ran on and shot at goal.  The ball had clipped the hand of a defender to hit the side netting.  This had happened with four or five seconds and everyone in the stadium had missed it.  We were about a dozen yards behind the goal and also did not see the flick of the ball off the hand.

Technology has moved on as well as TV coverage, but the lesson then was that you cannot always believe what you think you see.  It also taught me that having spent some 20 hours or so on a trip to see a football match, it might just have been better to watch the TV.  At least we would not have been in the middle of a riot.

Back to politics, if the Conservative May v Leadsom thing was decided by say 15 frames of snooker it would be better.  It would draw a bigger audience and be more voter friendly.  As for Labour, perhaps the Monty Python fish slapping, see youtube for a few seconds,  but Knur and Spel, picture above, might be a more serious way to go about it.