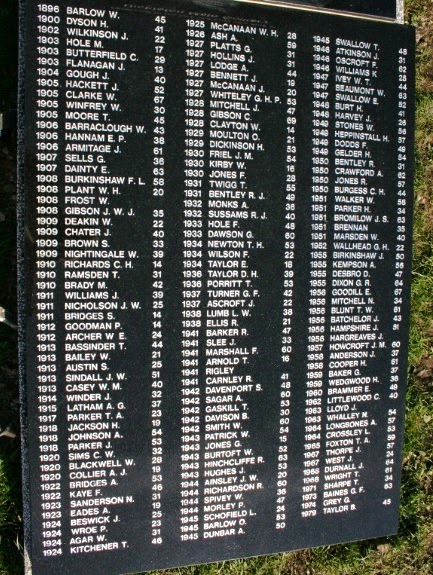 You pays your money and you place your bets.  On the one hand the Global Sustainability Institute suggests that Britain is close to running out of oil, gas and coal.  The government Department of Energy and Climate Change promptly rubbished their views.

The BBC Report of the row briefly indicates the battle lines.  It is not a subject for me to discuss in detail.  A modest search of the web will reveal umpteen learned papers, policy documents, expert discussion and the rest.  My own view is that what we want we will not get and what we would like is not on offer.

In the mid 20th Century while in gross terms there was still coal in the ground, because not all coal is the same it appeared that some types were becoming shorter in supply so costing rather more and others had disadvantages that included costs of treatment to make useful.

Because of the central role coal had played in industry, trade and much of life its mining had become highly political.  Also, because coal extraction was located in particular communities the electoral system delivered many Members of Parliament who were there to defend the existing coal industry literally at all costs as were the relevant trade unions.

That there was an emotional side to this is significant.  The picture above is of the memorial to those who died at the Hickleton Main Colliery.  There are names there which are known.  The effects in this one source of fuel resource alone took decades to resolve and injected serial bitterness, disputes and economic consequences that are still with us today.

Because politically the issues were simplified to political sound bites and forced into ideological dogmas for analysis it prevented both real understanding or any serious vision of the scale and nature of the changes that were under way in both the provision and technology and a lot else of fuel and energy supplies.

So in the present debate both sides are right and both sides are wrong.  It is right that because of our greed and wasteful use of resources they might diminish sharply in supply and at a high cost.  What happens when is an interesting question.

We are wrong if we think we can manage or deal with rapid and radical change easily given our existing political frameworks, lobbying systems and arcane backward looking governments.  Relentless short termism and promises to be paid for in an improbable future were all part of the routines.

As in the mid 20th Century the old and existing jobs, plant, working systems, technology, management, control, financial and political effects will change whether we like it or not.

Given  past experience we are very likely to make matters worse rather than better.