What Do You Mean By That? 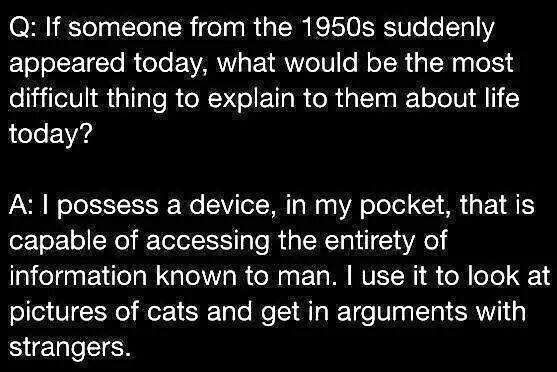 In that thing between the ears one of the driving forces of our actions is the ideas we have and what we believe.  In the last couple of days time and effort has been spent on a search for knowledge, or rather new furniture.

Then, suddenly, the realisation came that the idea was not the right one and the answer was different, if only marginally.  But that margin made a difference both to costs and the layout of the room in question.

Luckily, this is what was going on in my own head.  Also, others were not troubled or dragged into futile and damaging disputes which enmeshed others, groups or nations.  Had I still been fixed with that idea and another had tried to explain to me that I was wrong it might have been a different matter.

Long ago it is possible that my ancestors took it into their heads that young mammoths were easier to catch, deal with and cook.  The old way of relying on the old, weak and tough ones for protein was discarded.

The result was that the attrition on the young ones killed and eaten before reproduction meant that the mammoths died out and humans were forced to look for other reliable and easy to maintain foods.  Later the human groups and their extended families began to collide over food sources.

And look at what happened.  Perhaps human development has just been one chapter of accidents after another as we tried to cope with getting the wrong ideas, going after wrong solutions to problems and changing our minds only after disastrous events and conflicts.

A worrying aspect of the human conditions is the reluctance, even the determination, to admit that some idea or notion is wrong and we have to change.  When we do we then tend to lurch into extreme reversals with all the trouble that ensues.

Human history has too many examples of groups or nations hanging on to the wrong idea to the last, refusing to admit that the chaos and destruction that is occurring around them is the consequence of the failure to adjust, change, or even reverse previous decisions.

Look around you to select something that might be an example and consider it along with others that might be.  Of course if you let me know, very likely I will take the view that you are wrong.

And if you want to make an issue of it I'll see you outside.