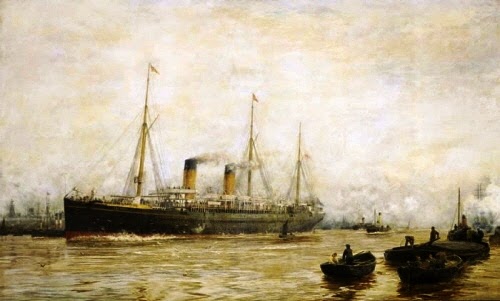 There is a lot of stuff flying about and the instinct is to duck and dive.  A good many people are letting fly and perhaps it is better not to get in the way.

They may be missing a story that could turn out to be big, if not recognised as such.  France Coppola, an able and interesting economist warns us that the bid to raise fresh capital by Deutsche Bank may not be enough.  It is not a long piece and is clear but does require close reading.

Yes, I hear the sighs, just another bank, just another mess, so what's new?  Well, Deutsche are a major operator in The City and they are embroiled extensively in our property market along with credit derivative trading.

One involvement was with Kaupthing and their difficulties, one of which is currently a major legal case between our government and the financiers concerned.  The last thing we need at present is a Zombie bank emerging from the grave.

Then there are the links, little known or understood with Russia and some its interests.  Is Moscow holding the bag on this one, if so where is that going?  Little of this will emerge in the media and few people know or understand enough to comment.

Another interesting idea today is from Craig Murray concerning the Blair and Bush letters and The Chilcot Report.  His "Yes" vote for Scottish Independence case is enhanced by the view that Scotland could have Blair up before the War Crimes Tribunal and hopefully banged up inside.  My criticism is that he is too kind.

Also saying Yes is, of all people, George Monbiot, whose hope is for the New Scots to finally dish the Lairds and take the land back to proper uses, not least in The Highlands.  It is a piece of idealism but whether Edinburgh will be less corrupt and under the heel of the money men is open to question.

The matter that is common to these three items is that none of them enjoy much attention or interest in our media.