Reminders Of A Europe Past 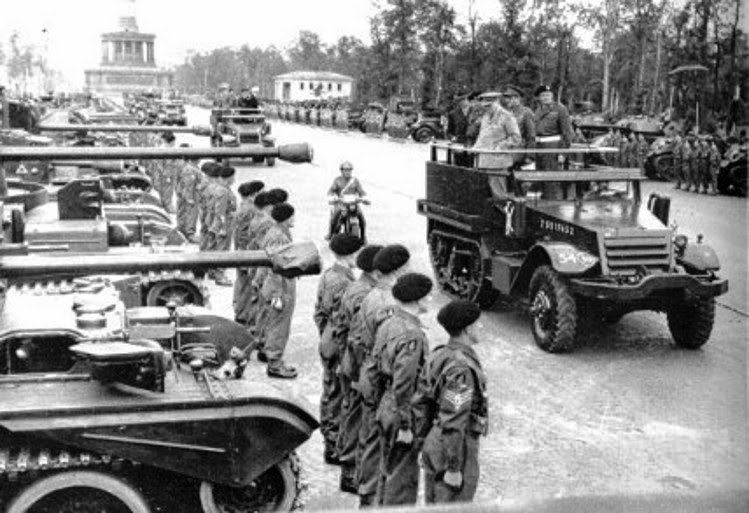 There have been two items in the news from the Europe of the past as a backdrop to elections in which many less than half are expected to vote.  One reason for the disinterest is that the people we send there will have little or no influence and even less standing.

This item of news in today's Mail is about the finding of what may be a Cromwell tank at Stade near Hamburg, perhaps with crew from the last days of World War 2.

It is believed to from the 7th Armoured Division, the Desert Rats, and if so it might well be possible to identify the unit and perhaps even the men. The possible tank units in that area at the time are limited in number.

It was this Division that provided the British Army element in the Victory Parade in Berlin on 21 July 1945, picture above with Churchill, Montgomery, Alanbrooke and others taking the salute.  Had the crew of this tank survived they might have been there.

Another from 18 May in The Telegraph is the obituary of a young man close to Field Marshal Montgomery at the surrender of the Germans forces a few days later.  Derek Knee was translator during the negotiations.

He would not have been far away from events.  The HQ's in this war were mobile and not as removed from the action as those of past wars.  They had to be ready to go and did within an hour or two.  As someone who rather later was involved in move orders believe me, I was a squaddie.

What is difficult for me to accept that almost everything these men fought for we have given away and will never get it back.