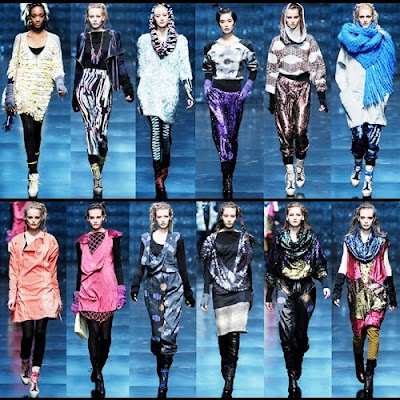 When the rent-a-crowd demonstrators and more modern flash mob media grabbers take to the streets, I often wish they did not because they more often confuse the issues and lead the debate into directions it should not go. The recent events relating to tuition fees for students and Sir Philip Green’s Topshop are both cases in point.

Polly Toynbee was amongst those at the Oxford Street Topshop but perhaps she was simply looking to get a good price on the Topshop offer of a Nude Love Panel Body, Animal Flippy Shorts and Pink Mesh Swirly Sequin Sleeveless Crop Top for the Guardian Winter Solstice Party.

The problem with tuition costs is university financing as a whole and the level of provision that there should be. The students and some politicians who really ought to know better who assert that it should be “free” are talking nonsense. Nothing is “free” in our modern money based world there are always costs that have to be paid.

The costs may not be obvious. The old economic concept of “opportunity cost” has been forgotten. The cost of me sitting here doing this is the other things I might have done, some of which might entail earning money or services or goods in exchange for whatever I did.

What the students and their supporters claim is that others should be paying for their university education either in full or in part. At the same time we have been led to believe that some 50% of our labour force should be graduates. So where was the money to come from? Not only should they be graduate, but it should be the norm for them to be away from home.

So they leave spare bedrooms back in one place and now large areas of rented housing are student dominated. Does nobody see the economic costs of this alone for broader society? We have the same people complaining about the shortage of housing, yet the size and nature of higher education is one of the factors in creating the shortage and driving up rentals.

Then there are the ghosts at the feast. There is little or no suggestion of any parental responsibility or for that matter of grandparents, some of whom are property rich as the beneficiaries of past inflation. Most students are “poor” in the sense that they have no earnings or title to wealth yet but in many cases the families are not.

The complications in any grant system are how much, to whom and on what basis. In the grants systems of the past, theoretically based on parental ability to pay, there were many curiosities. Those in regular PAYE and ordinary jobs would be supported according to size of income.

But this did not differentiate between those who had started with nothing who were caught when they most needed to save and those who already had certain holdings. Moreover, parents whose “income” was what their accountants said it was after some creative work could be made to be income poor.

I recall one landed family with a large estate whose student youngsters were on full grants as well as many business men who were either self employed or owners.

One way or another it involves the taxpayer, or rather those paying tax. This brings us to Topshop. Sir Philip Green, much admired for his business acumen, has been picked out for attention. He did well in riding the heights of our recent debt driven consumer boom. Now he is asked to help us all take the fall.

The trouble is that along with very large numbers of other wealthy people he has benefited from the money changing industry that has allowed the most wealthy to make tax payments in the UK largely optional. The distinction made, of which Pecksniff would be proud, between “avoidance” and “evasion” in this complicated field is technical.

Our previous government allowed the creation of a very large financial industry devoted to tax avoidance/evasion as well as encouraging foreign ownership of UK assets that had much the same effect. At the same time it did little about evasion amongst the very rich. The present one seems unlikely to impact on this.

The irony after the football fiasco in Zurich of Nestle moving its newly acquired subsidiary Cadbury top management elements to that town for tax purposes seems to have been lost on much of the media.

Because I recall the pernicious and damaging effects of high taxation of the post war period which lasted until the 1970’s I believe in the objective of low rates of taxation. But I believe in all those earning in the UK and from UK assets being obliged to pay their share for the common good.

If the high earners and the wealthy are absolved then clearly the lower income groups are going to have to endure rather higher levels. If this is the case then the implication of this is that the lowest earners, many non-graduate will be paying a disproportionate amount to support the higher education sector.

It is from this sector that some of the future wealthy is likely to emerge and on the present pattern a goodly proportion of them will not be paying much UK tax.

Something here does not quite fit. Paradoxically, amongst the demonstrators are many who are likely to benefit most from the situation at the expense of us all.

I hope Polly got a good discount on her store card. She would need it if she was paying interest on the account, which is one reason why Topshop was doing so well.
Posted by Demetrius at 15:20