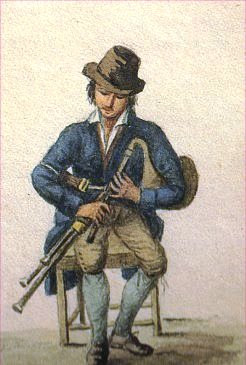 This story possibly has been going around in one form for another for a little while. As the one that arrived in my mail box was based in Ireland, I repeat it below.

It is something that might be told to each other by misty eyed Irish and other Keynesian economists in the hope that there are angels out there somewhere. But it is possible that the reality may differ.

So first I give the tale and then I give one which may be much nearer the truth in these difficult times. On BBC News a few minutes ago from Dublin dealing with new budgetary measures an Irish presenter commented “The government has a majority of roughly two.”

The Tale Of A Tourist:

It is a slow day in a damp little Irish town. The rain is beating down and the streets are deserted. Times are tough, everybody is in debt, and everybody lives on credit.

On this particular day a rich German tourist is driving through the town, stops at the local hotel and lays a €100 note on the desk, telling the hotel owner he wants to inspect the rooms upstairs in order to pick one to spend the night.

The owner gives him some keys and, as soon as the visitor has walked upstairs, the hotelier grabs the €100 note and runs next door to pay his debt to the butcher.

The butcher takes the €100 note and runs down the street to repay his debt to the pig farmer.

The pig farmer takes the €100 note and heads off to pay his bill at the supplier of feed and fuel.

The guy at the Farmers' Co-op takes the €100 note and runs to pay his drinks bill at the pub.

The publican slips the money along to the local prostitute drinking at the bar, who has also been facing hard times and has had to offer him "services" on credit.

The hotel proprietor then places the €100 note back on the counter so the rich traveller will not suspect anything.

At that moment the traveller comes down the stairs, picks up the €100 note, states that the rooms are not satisfactory, pockets the money, and leaves town.

No one produced anything. No one earned anything. However, the whole town is now out of debt and looking to the future with a lot more optimism.

In reality the course of events in Ireland would be more like this:

The hotelier uses agency staff paid cash up front. In any case the account manager at his Irish bank has laid down stringent conditions for the repayment of any credits and the butcher is low on the list.

The butcher is now a franchise in a just in time international meat firm. Unluckily the software supplied to him has crashed and he is unable to function. The firm sources its meat from Poland. It is flown into Knock where Hail Mary’s are said over the pallets and then repackaged as Organic Irish Vintage Meat.

The pig farmer is in difficulty. He knocked down the old house to replace it with a ten bedroom Florida style mansion on a mortgage of ten times his gross earnings from a Scottish bank funded from Iceland. He overstated his earnings to get the mortgage.

The farm is now a collection of intensive rearing sheds built on an EU grant coupled to a private equity deal. The financier was hoping for a 25% rate of return on the investment. The meat prices are now undercut by Polish and Venezuelan suppliers..

The Co-operative changed from being Mutual to a limited company. It was then taken over by a UK combine who sold it on to a New York property speculator who also sold it on. Ownership is now in dispute between a finance company in Hong Kong and an Australian Media Group looking to diversify.

The publican lost his trade because of smoking bans and high taxes on alcohol and his inn is now a clandestine money laundering and people trafficking centre.

The local prostitute has founded an employment agency which charges unusually high fees for supplying female secretarial assistants and personal aides to Members of Parliament in the United Kingdom.

This is the agency that also supplies the hotel staff.

The German tourist’s wealth which allows him to afford to travel in Ireland comes from the bonuses arising from his work as a consultant corporate lawyer in foreclosure and insolvency cases.

He tells the hotelier that he will be receiving a visit from the Russian Debt Collection agency he employs in difficult cases.

My Great Aunt Lily (born Elizabeth) ran a hotel in County Kildare when she married an Irish hotelier. So which version are you betting on?
Posted by Demetrius at 14:22