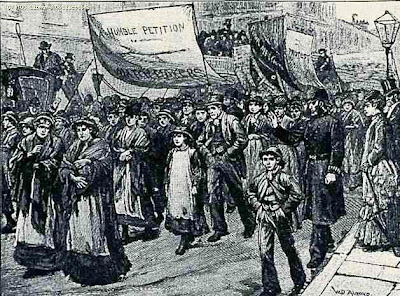 This item has attempted to reduce the real issues to the bare bones. For that reason the word “Police” covers all police and supporting agencies.

The word “Others” covers all those engaging in demonstrations and similar actions whether they are simply peaceful protestors, activists or extremists. They can overlap a great deal depending on the issues and what happens on the day.

There is a substantial and complex history to demonstrations and protest which I have simply taken as read. Going into this would make it far too long.

It is my view that in the last decade the balance has now shifted in favour of the Others. The Police and related authorities are now in a retreat from control of the streets and urban areas. This has serious implications, is simply not understood by Politicians or Police or Media and will need some radical thinking and changes to redress the new balance of power on the streets.

Over much of the 20th Century we were led to assume that the Police could and should control situations. This was dependent on certain kinds of systems and organisation of the period that have now been overtaken. Before the 20th Century there were major differences and often it was the military that were used.

The Police have a highly stratified hierarchical multi level system of command in which at each level individuals are constrained to limited function within a closely defined sphere of activity. Consequently the transmission of orders and advice downward is through a series of contacts that all have to function. Upward servicing of information, advice and interpretation, however, is variable and subject to filters.

This does not apply to the Others who will have very few levels, only self imposed constraints and limitations and will have a high degree of flexibility and responsive contact. Within small areas they will be more mobile and will not be contained by any defined boundaries.

The Others will decide to do what they will do at any level sometimes with reference to others, sometimes not. What this might be can vary greatly from initial intentions or planning. Their operations, objectives and organisation can be fluid not simply within days but within minutes depending on the ground of their actions.

In the last decade the ability of ordinary people with limited incomes to both transmit and receive complicated messages and data has been transformed. It is possible to have immediate interaction and communication across distances instantly. This means possibilities might be discussed and amendments and changes to plans and intentions can happen with immediate effect.

Additionally, as well as in the immediate situation the scope of movement, power to make contact 24/7 and the information storage and transmission facilities enable the Others to plan and organise as effectively as the Police and because of the lack of limitation in their structures more extensively if they wish.

The Police are subject to tightly defined and complex rules of engagement and for the most part will act as large groups. To a great extent they will be rule based and very limited in their scope of action and response. Also, afterwards they will be answerable to a range of public interest bodies which may or may not be sympathetic.

It is now common for the Police and connected public services to fail to take action or to allow lives to be lost or risked because of the complex rules of control when faced with serious situations. The London 7/7 events when they held back when people were dying in agony and many similar recent events are now the norm

The Others can attempt to take whatever action they wish to and can change their basis immediately and without reference to others, legal constraints or concern for later political or media criticism. They will not be subject to inquiries unless they agree to and they are often at little risk of loss of employment.

Both the Police and Others may find themselves facing legal action of one kind or another. However, while this is adverse for the Police it may be welcomed by some Others as part of their publicity and propaganda.

The way the modern media works it is the Police that will have to explain every action in detail but the Others are much more able to avoid enquiry. As a consequence of the nature form and intention of regulation it is now the rule for the Police as far as possible to avoid action that may incur criticism.

The present situation means higher levels of risk, less capability in maintaining order on the streets either for demonstrations or other events. The weaknesses in the command and control of the Police are leading to a high rate of error and failure. Under pressure there are frequent breakdowns.

The advantage now lies with the Others and inevitably the criminal elements now more widespread, wealthy, better organised and financed.

At the same time increased demands are being made. The leaking of the terms of the contract with the IOC and the demand for the 2012 Olympic Games made by them are likely to create an impossible situation for the Metropolitan Police under present conditions.

My post of Tuesday 12 May 2009 expressed a number of concerns: http://thecynicaltendency.blogspot.com/2009/05/2012-olympic-security-costs.html

This and other events and challenges are likely to make demands that our present Police, related services and organisations are unable to meet on their present basis.
Posted by Demetrius at 18:34