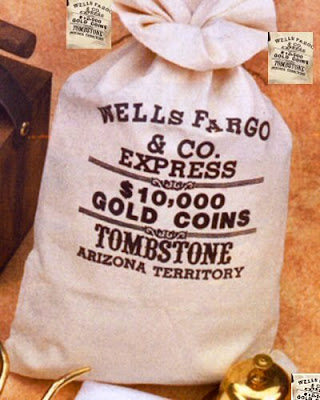 There are two tales in the press today one apparently small, one large about money that more or less tell the same story. That is that over the last couple of decades, and especially after 1997 the public purse became a honey pot for anyone who wanted money and had connections to raid it at their pleasure.

There was the £13 million, now a small figure, but once you could have had a couple of aircraft carriers for that, that was handed over to a group of noisy writers of children’s books to keep them happy.

This was done by giving books away to children to encourage them to read. In the meantime their parents were buying them computer games and designer clothing.

Then there was the Private Finance Initiative (PFI), where all sorts of people were loaded up with vast amounts of cash for setting up the money and advising on the routine business of building public facilities, notably schools.

The cost of this, on borrowed money, has risen it seems from an estimate £51+ billion to £245 billion over the next forty years or so.

You could almost have a new Royal Navy for that, if it were bought on almost any basis except the PFI. Yet this is not news, amongst others “Private Eye” has been nagging away at this one for years without much notice being taken.

Forty years ago when the “Eye” was nagging at John Poulson’s activities in the public building sector the figures involved now seem laughably trivial and Poulson ended up in gaol along with a few others.

What astonishes me about the comparison between these periods are not only the cost figures in terms of the actual structures, which tell you that there has been rampant inflation in the last decade or so in spite of the figures, but the level of take in the added costs and the numbers of people involved.

Yet forty years ago schools, other local government buildings of all sorts, hospitals and medical facilities and the rest all were built and financed on a hugely simpler basis. It would take too long here to go into the detail, but relatively small numbers of people who operated on a limited range of guidelines, managed the inception, process of work and completion of the full range of projects.

Then, it was done locally, with guidelines and parameters set nationally, by staff in regular jobs with modest salaries determined by national scales publicly available in any library. The money side was handled by the local Treasurer as part of the overall local government or service budget.

The level of debt was controlled and the interest rates were set at ordinary levels. Nor were there high cost fancy servicing schemes carrying premium charges for administration and servicing. Clearly, all those involved would liked to have built more new facilities and with more space and the rest but we all understood that there was a limit.

For those of us who were involved in this and putting the buildings up what has been happening is astonishing for the waste, cost and much worse the poorer standards of overall performance and the radical reductions in real provision, notably in the NHS.

There is going to be a terrible price to pay for this disaster and the scale of it and that will not be measured in money alone. What can be done?

One is for the government effectively to default on these schemes and limit any payment to the actual cost of construction. Another is to nationalise all the financial bodies and agencies involved and without compensation and then to reconstitute them in a new form for flotation.

Whatever is done it will have to be soon. With the Prime Minister increasingly looking like Dave The Dodger with his U turns on bad news and reliance on the spin ploy to avoid trouble it looks ominous.

If he backs down when faced by a few shrieking authors of children’s books, I don’t give much for his chances against the heavy hitters in other fields.