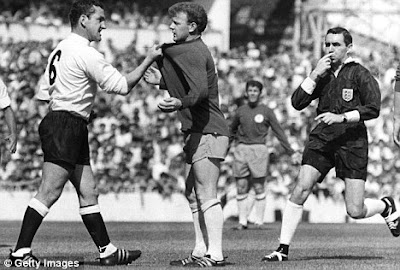 In a better and saner world Prince William’s handlers, along with the speechwriter, who made the nation squirm, would be confined to a hulk in the Thames awaiting transportation to New South Wales.

The business in Zurich was a fiasco and those who are in the Heads of State trade should keep away them, especially when they could see it coming if their people had enough wits to analyse the who, what, why, where and when. But they did not, being caught up in that weird strange media world of London where all is fantasy.

If Prince William was going to be seen out anywhere this week the place to be was in some kind of vehicle or conveyance that was defying the elements to help the sick, disabled and vulnerable in difficulties or perhaps helping to ferry medic’s and nurses to the hospitals.

It is becoming clearer by the week that the same kind of celebrity driven media bungling is attending the plans, correction shambles that is likely to be the Royal Wedding. This is not an accident waiting to happen it is a huge pile-up.

He and his fiancé have been an item for some time now. They do not need it. We do not need it. The wise way in 2011 is to have a low key, strictly limited family do in a village church.

The Cotswolds are littered with lovely little churches and if you want something a little bigger then there is one in Cirencester. My bet would be on the simplicity and quiet of somewhere like Edgeworth. If not then one place could be St. Andrew’s, it is where they met and at least Prince Andrew would be usefully occupied.

As for David Cameron, one of the worst things a politician can do is to be in the wrong place at the wrong time. He is beginning to have “form” on this which suggests that either his judgement or his media lackeys are at fault. Given the problems building up in the world he needs to start thinking.

Beckham did what he could but with others scoring own goals he was on a loser. He would have been better off with Sir Michael Parkinson, Nobby Stiles (with or without teeth) and a couple of leading lights from the present or recent England sides who are proficient in media work and can talk.

At least they could lay claim to a football pedigree.