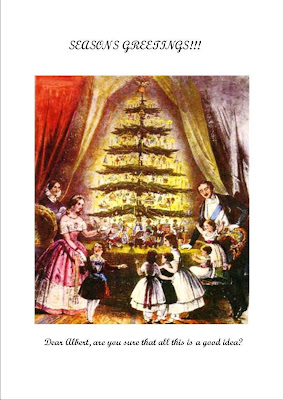 Dave and Doris, The Blonde Blunderbuss, were doing their Christmas Special at the new West Ham United stadium yesterday. Unluckily we were not treated to the WHU and Millwall football fans traditional comedy routine involving the Met’ Police.

What we did have was the spectacle of a group of small children being dragged out on a bitter night to work on a photo opportunity for politicians in a spot of bother. They were herded together to take the hand of Dave to let there be light. “Suffer little children” comes to mind.

The excuse was that as for a brief period in 2012 there will be the Olympic Games there, there had to be a huge shindig to celebrate that the lights were working. Unluckily, not all could be there, because the Stratford International High Speed station was closed because of the weather conditions.

In my view this was certainly flagrant child abuse and made worse by the fact that some of the children were wearing clothing that clearly was not produced by any of the games sponsors.

According to the new laws of England required by the International Olympics Committee, an unelected and unloved body of unknowables, this was a crime, if not against humanity, then the more deserved cause of commerce. Why were no arrests made on the spot?

As Dave was doing this to help people forget the football World Cup fiasco in Zurich, despite Doris insisting on having a good whinge he could not be at the House of Commons to announce that the new HS2 High Speed service was to go ahead.

As there are other travel issues at the moment he left the Transport Minister, Philip Hammond, to carry the can and face the music, as it is Christmas and someone has to. He is in the tricky situation of telling us about the wonder of 2025 when almost a million railway travellers and others seem to be stranded now somewhere or other.

Not only is the HS2 going to lose the Conservatives their majorities in a number of safe seats where it is built but the costs and the priority of it will wreck much in the way of improvements to existing services.

There have been plenty of critics pointing out the errors of the project but as it will entail a lot of money being lent by financial firms to be paid off by the government (taxpayer) over the next century then it is deemed essential to growth..

The government insists that it will cost only £17 billion and be delivered on time it has to be done. As an old hand I can promise that it will exceed £100 billion, be very late and useful to only an elite user base.

In the meantime at St. Pancras the HS1 service and the Eurostar trains were in serious difficulties and their services had descended into chaos. Thousands of people were milling about going nowhere and knowing nothing. Across the road at Kings Cross the situation was no better.

There the line was shut between Stevenage and Peterborough stranding thousands of passengers. In the days of steam or diesel it would have been possible to re-route the trains and for the journeys to be completed although with some delays. Elsewhere there were other horror stories, with South Eastern Rail featuring yet again.

The problem at the moment is that links and compatibility between existing East Coast and East Anglian lines are not there so the electric trains cannot go along the other tracks available. This and many other possible improvements are now off the agenda because of HS2.

There is also chaos at Heathrow. Sam, wife of Dave, was cross when he cancelled the holiday in Thailand or somewhere but must now be a lot happier. Downing Street is a drab sort of place, but a lot better than the floors of the various Terminals at Heathrow inhabited by an increasing proportion of the UK population.

The airport is owned by BAA which is owned by Ferrovial of Spain. Some critics have pointed out that this companies airports seem to be much worse affected than others by the present weather problems. They suggest that the financial requirements which are the core of its operations might have something to do with this.

The air services in and out of these airports are run on very tight turn round, landing and departure timings. There is little flexibility, backup or spare capacity either in their operations, management or communications. So when things do go wrong then it does not take a lot for it to go bad bigtime.

The reasons for all this lie in the quasi religious dogmas dictating modern finance and management. These insist on a dependence on highly leveraged finance in which the rate of return is critical and assets must be worked to their limits in the short term.

It explains the increasingly frantic nature of the public relations exercises to persuade us all that this is the way it has to be. In the coming months Dave and Doris are going to have to do some serious work on their act if they are going to make it to the next show.

In politics it is not good enough to simply travel hopefully, you really do have to make the trains, and planes, run on time.
Posted by Demetrius at 14:54