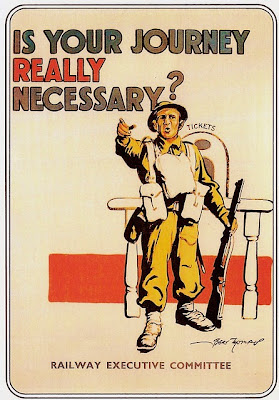 An airline is a highly complex business, especially if it is a larger one operating in a number of countries. Airports with any amount of traffic and especially hubs are highly complex entities. Between them they generate another class of highly complex activity in the related transport systems of passengers, staff and others.

Last and equal are the highly complex systems of delivery, removal and transportation of a large array of freight and necessary goods and services.

In short the pre-conditions exist for a number of glitches and difficulties at any time. There are other factors, including the financial operations, the way the staff are worked and strategic decisions over levels of spare capacity, backup and margins of error and all the rest.

If the pre-conditions are a permanent feature of flight provision then beyond that is the liability for critical situations to arise at any time in any part of the world. If any of these systems experiences major complications then the effects will transmit easily and quickly to others.

All you need then is a trigger event of one kind or another, internal to external to those systems for systemic failure to occur.

This degree of interacting complexity also means that the whole business of flying etc. is highly vulnerable to other events, either foreseeable or not.

It was not possible to foresee the volcanic eruption earlier this year. It was possible to have some contingency planning and ideas about how to deal with something big that literally came out of the blue.

The weather problems did not come out of the blue, they can happen and if they can happen they will at some time. Also, there was enough information to suggest that the problems could have been serious.

There were some lunatic elements in all this, like South Eastern Railways having its de-icing trains scheduled for maintenance in mid December and Heathrow being short of de-icing fluid.

No doubt around all the other activities one could find matters where lack of staff, lack of awareness and critically lack of both communication or the ability to use initiative or common sense were in evidence.

What does not help is the self destructive and stupid round of blame game amongst those involved and the politicians. Fining airports may look good in the media but the traveller or taxpayer will bear the actual cost.

Because while the major players are blaming each other they are losing sight of other things that materially contributed to the difficulties faced by many passengers.

One that has not received much, if any attention; is the role of the travel insurance companies and brokers. In truth, too many people either do not have insurance, hoping that their “rights” will cover the cost and also many do not look hard enough at the insurance they have bought.

Far too much of this is cheap unreliable stuff bought from shyster companies who will rat with or without excuse and who draft impenetrable micro print terms and conditions that roughly mean that in order to extract money from them is almost impossible and if it is you will have to fight very hard to get it.

Even the better ones are all too prone to play the same sort of game with their clients. Admittedly there is a problem with many people submitting dodgy claims but all too often the insurance companies make matters a lot worse.

It seemed to be a feature of the recent crisis that far too many people were told to travel by the insurance companies when they should never have set foot out of the house in order to justify conditions which might make some sort of sense in ordinary conditions.

To do this in high risk situations making them positively dangerous represented a gross failure of responsibility and management.

If there is some kind of investigation into what went wrong and why this should include a thorough look at the present activities of insurers.

There is a great deal of room for concern here on wider grounds and I suspect the basic trouble is that many of them are operating without anything like the level of reinsurance they should have.

Beyond all that, of course are people. It is common for the public today to be told that almost unlimited foreign travel is some sort of “right” or “necessity”. Also, the media tell them that it is all so easy and everything should work like clock work all the time. The trouble is that it doesn’t and never will.

We now have a population gulled into believing that they can go almost anywhere in the world at will and without worry and without any need to make special provisions or backup arrangements.

There are just too many interacting complexities for that to exist without some sort of disruption somewhere at any time or place. The other question, given the scale of use of scarce resources is whether the world or societies can stand this amount of movement for these purposes indefinitely or for much longer.

So what happens next? Earth may surprise us with something else, or the Sun. Some human event or breakdown could occur or things may just become almost permanently chaotic. Oil prices may lurch up a lot ending cheap travel forever.

If people in Moscow can demonstrate against the consequences of freezing rain then it is clear human understanding is not up to much in the way of reality.

As for Iceland, my theory is that Thor has just dozed off for a bit.
Posted by Demetrius at 09:06