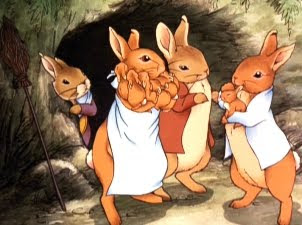 With the BBC and other media attempting to herd us into the retailers to save the economy there were some interesting things going on. Oxford Street in London was thronged with shoppers but to our eyes few of them seemed to be local.

A later report said that many were Chinese tourists. As so much of the merchandise on offer was made in China and transported here this made me wonder. Did many of the tourists have to pay excess on their baggage on the return journey?

It appears that in China the government led property boom has created some large towns in which there are few takers for the properties, largely because there are no jobs available.

Where there are jobs available some people become very rich and look for high returns. One place that attracts them is central London where despite all the economic troubles property prices remain high and with prospects of capital appreciation.

This has helped to drive up prices. The investment advantage comes from the housing benefits available to those who rent and have little or no income. Even at a cap of £20,000 a year a wise purchase of a rental block can yield rich results for a careful buyer.

This will be if the flats can be rented out to incoming migrants who will be entitled to benefits. Moreover by creating a shortage, prices inevitably rise maximising the benefit payments that finish up with the investor. Many migrants are Chinese.

Meanwhile in the USA the domestic property market has gone bust. This has hurt a lot of big financial operators. The US Government has borrowed huge sums from abroad to bail them out. A lot of the money has been loaned by China.

One effect of this has been to almost eliminate the old American middle class and its traditional industries are in free fall due to manufacturing being exported abroad, notably to China. Everything could depend on the high tech’s industries and innovation.

These depend on some key resources notably rare earths and their derivatives. A major producer is China that is now restricting its exports to protect its own industries, if only to promote more development to fill up some of the empty cities.

The growth of China has helped to put pressure on both oil and food prices. In the USA the government, lobbied hard by the relevant companies, has given over large areas of land to growing biomass to create ethanol to ease the problems.

This has reduced the supply of food so driving up prices that impacts seriously on the world commodity markets. This affects Africa in particular and some states in that continent are selling a lot of their land to China to help the Chinese source their food.

The money for this land does not go to the peasants in any way. It is transmitted to tax havens in the care of a number of financial organisations closely connected with Wall Street. Some of these have been bailed out by the USA government and are still in deep trouble.

A great deal of the risk in producing consumer goods is that consumers might be less able to buy them and be unable to pay the added heavy financial premiums arising from debt driven consumerism that underpins many financial organisations.

My head is beginning to hurt, I could go on but enough is enough. This year I may just skip Hogmanay and haggis and wait for 2 February to have some rabbit stew. After all the Chinese New Year does take us into the Year Of The Rabbit.

Perhaps the markets could be due for a dose of myxomatosis?