Dancing To A Russian Tune 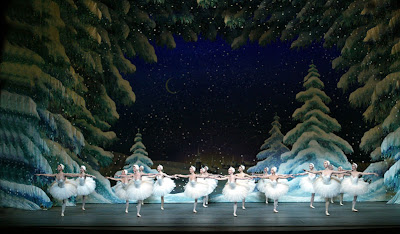 The blame game has started. It is alleged that it was disquiet about the London Media that made FIFA frit. Heaven forfend! Not only do we have ferocious libel laws with I suspect many of those involved already protected by fierce super injunctions but we have a media already remarkably shy of offending big money men.

In this weird world of London the paradox is that only media organisations with huge financial resources can stand the legal costs. One is Sky, and Rupert is not going to upset his friends. The other is the BBC, taxpayer funded. There is a deep irony in all this.

When I brought myself to watch a news programme, if only to see Orpington cut off from the world, the bit where Blatter, boss man of FIFA, did his Oscar routine was showed. The camera cut to the Russian group and centred on a couple doing a wild hug, as one does.

But tucked away in a corner was the owner of Chelsea and former Governor of Chukotka in Siberia (the only part of Russia to have a bit in the Western Hemisphere, adjacent to Sarah Palin’s Alaska) Ramon “When Did You Last Sack Your Manager” Abramovich who also owns a lot of central London.

He would have been well able to advise Mr. Putin about how to counter the bid from the English FA. But there was another face well known in London just behind who may not have been recognised by many viewers. A gentleman who knows Mr. Putin very well, indeed it is said that they are godfathers (literally) to each others children.

It was Valery Gherghiev of the Maryinsky, Kirov, London Symphony Orchestra and other major orchestras and opera houses around the world. The lady he hugged, who may well have been his wife, was of a build and deportment of that of a dancer.

Valery has had his issues with the London media, specifically those opinionated and difficult to control arty types who have expressed doubts about the effect of his very busy schedule and individual personal organisation on the quality of some of his performances.

This is far from madding crowd of the ordinary news or personalities that attract the most attention, but it is still unwelcome.

Ramon and Valery no doubt would have been well able to stoke up concern about what treatment might be handed out in London. They could certainly tell FIFA about the problems people have simply getting through airports when there is a security flap. Also, getting out again in one piece.

They could remind them of the burgeoning criminality on the streets, the mob riots police cannot fully control, the expense, the unreliability of services, the overall security issues and above all the increasing dirt and discomfort.

They would have advised of the insults, offensiveness and general lack of courtesy endemic in the capital and to be endured amongst its political and media elite.

Last but not least would have been the gentle hints that Russia (and Quatar) had oil, gas, other resources, wealth and influence well beyond that of the bust English and were much better people to be friends with in the difficult years to come.

So instead of Cameron and The Prince we might have been better off sending Sir Simon Rattle and Darcy Bussell. Dame Monica Mason would have put some backbone into the bid. They could not have done much worse and they may well have made a rather better team.

It is December and one of the traditional Arts items of the season is the ballet “The Nutcracker”, and the picture above is that of the Snowflakes scene from the Kirov DVD with Valery Gherghiev conducting.

The Royal Ballet are not doing it this year, to the grief of many of its fans. But Sky Arts did show their version for people to box.

Outside the snowflakes are falling and are not going to go away for some time.

Meanwhile in Zurich the English were nut crackered by Gherghiev and it hurt.
Posted by Demetrius at 12:41