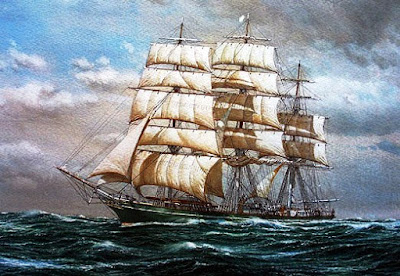 It might be worth thinking about doing the Christmas shopping early this year if a report in Zero Hedge is correct.

This is the reason in that Hanjing Shipping has just gone bust which will do world trade in our globalised economy no good at all.

Finally, anyone hoping for a quick resolution to chaos unleashed by the Hanjin bankruptcy, should not hold their breath. While Hanjin has obtained creditor protection in Korea, and secured an injunction protecting its ships against seizure domestically, it needs to quickly file for bankruptcy abroad, especially in Europe and the US, in order to keep its ships moving.

“They got the injunction in Korea, but most of their ships are out at sea or at foreign ports. Ship seizures will continue and increase around the world if there is no bankruptcy protection.” Jensen said. “But sorting out such legal matters at various jurisdictions is complicated, as Hanjin has no control on how fast foreign courts will examine its case.”

For now, the only thing certain is that chaos will grow exponentially courtesy of today's ultra sophisticated "just in time" supply chains which are amazingly efficient when they all work in sync, and just as easily lead to unprecedented problems (as we described several years ago in "Trade-Off": A Study In Global Systemic Collapse") when even the tiniest bottleneck emerges, quickly snowballing into a crisis of epic proportions.

It depends on what you mean by "efficiency".