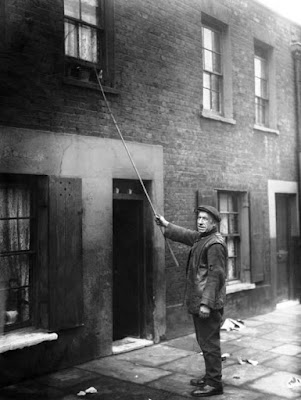 As the Member of Parliament for Lower Hades reports that I have taken a two headed battle axe to cut short a debate are untrue and defamatory, the matter is being referred to my lawyers, Fiddle Partners, Parkhurst, Isle of Wight.

I just happened to be skinning a live neighbour's dog with a meat cleaver when he tried to intervene by assaulting me. Other reports about my use of a JCB at the local bank cash machine are misleading, anyone can forget their pin number.

These intrusions into my private life are a shocking and unwanted use of powers by the media and they should suffer if not prosecution and lifelong gaol terms then the payment of personal damages at a level that might even make my creditors shut up.

So watch it all you banks that lent me money when I was at The Treasury.  Also:

Amanda says: "I think very few people are completely normal really, deep down in their private lives. It all depends on a combination of circumstances.

If all the various cosmic thingummys fuse at the same moment, and the right spark is struck, there's no knowing what one mightn't do.

That was the trouble with Elyot and me, we were like two violent acids bubbling about in a nasty little matrimonial bottle."

Any connection between the Vaz affair and the above is purely chance, it has been on the draft list since the major to-do before last, I have forgotten what it was.  He is MP for Leicester East. When I was on the electoral roll near sixty years ago the M.P. was a lawyer Welsh Dissenter named Ungoed-Thomas, or as the Catholics and Anglicans called him, Ungodly Thomas.

As a judge he made a number of judgements that are still listed today. I suspect his views on privacy in relation to those holding public office were very different from the hand wringing apologists of the present day.Then it was very different.  If you put yourself up to be in a superior, responsible and senior position if you were caught out doing things which did not fit in with the general moral code claiming privacy was not an option.  You might ask to be forgiven or tolerated, but not secret.

The Vaz Man is listed as a Roman Catholic, a fact which given his domestic capers raises the other eyebrow.  If he spends much time in his constituency then which church might he worship at?  There is a Polish Church which has served the Polish community since the late 1940's.  We had the American 82nd Airborne close to us as well as the Polish Airborne Division during the War and my father's chess meant Poles in the parlour many a time.

But I think not.  The most likely is the Sacred Heart Church, more central and I suspect closer to his personal population group.   This once had an Elementary School run by The Blessed Sisters of Mercy who if troubled by louts or such invading their privacy were terrors with the policemen's truncheons kept within their skirts.  The idea of one of them chasing their local MP along Charnwood Street and battering him brings a smile of hope.

In town there is always the Holy Cross Church, a sterner more demanding one run by the Order of the Dominicans, famed for their Inquisitions of the past.  They are priests with sharp minds and careful tongues who can shred a faulty argument or a sinner slowly, quietly and thoroughly.

On the other hand, given his present troubles and situation perhaps he might prefer the Church of Our Lady of Good Counsel.  He certainly needs it.