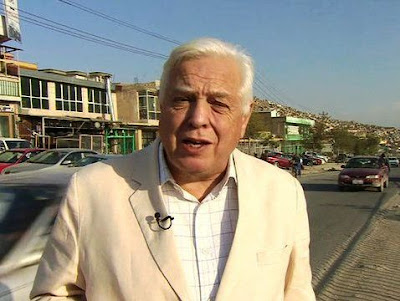 In the news today is a major story about John Simpson, the BBC news reporter who has been in so many danger zones at so much risk so often.

This was nearly the one that got him, Anaphylaxis, the extreme toxic allergic shock.  What the article does not say is which was the critical substance that triggered it.

Been there, done that and when the Guys immunologists eventually checked it out they remarked that they were glad to see me because so few survived it.

A possibility to be considered is Chlorhexidine, it fits the kind of time, place, severity and difficulty in diagnosing.  If so, this comes with conditions.

One is the cheerful advice I was given to stay out of hospitals and indeed avoid medical personnel and establishments as much as possible.

If John has copped for this or a parallel substance, I would be happy to give advice.
Posted by Demetrius at 11:56