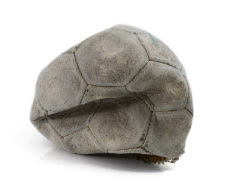 In the late 1940's, it was a puzzle to me that the players and the manager of our town's soccer team in The Football League managed to enjoy the lifestyle they did.

Despite having middling wages and liable for tax etc. at the same high levels that were imposed they could afford to spend a great deal of time enjoying themselves.  Money did not seem to be a problem, they could even afford whisky.

Also, finding a decent place to rent was very difficult but they were able to move straight in to nice houses. They had far better clothing and seemed untroubled by the food rationing that the rest of us had to accept.  I could go on.

Being an enquiring youngster I once asked someone close to the club how this could be.  All he would say was that the answer was what they found in their boots.  Quite what he meant I did not know until much later.