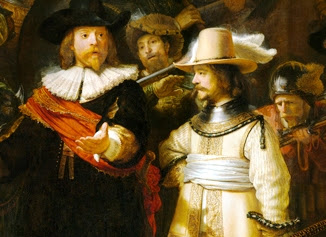 If it is your view that the world, or rather the human part of it, has gone barking mad it is fair to ask why.  One reason could be that what is called "management theory" has now been applied so extensively and rigorously and in spheres to which it is alien that it is leaving a trail of ruin and destruction behind it.

Jessica Duchen gives a warning about what it proposed and a summary of how the Arts are intended to be fitted in to the mathematical models and the algorithms by which we are ruled, assessed, taxed, selected, deselected and the rest today.

This prime example she links to which tells of the extremes to which it is put comes from Arts Professional who have cause to be concerned.  The article which tries to simplify the issue makes demanding reading and has to be longer than more blog readers like to spell out what is involved.  It is grim stuff.

So many of us ask for the arts to have some funding and support to ensure their survival and continuance in a difficult world.  Now it seems that this can only be if extensive management is applied to the distribution and assessment of those which are being assisted.

What might result can only be guessed at.  One artist comes to mind, Rembrandt, who painted and drew a great many small pictures, almost miniatures in a way, but which enable you to appreciate the large wall sized masterpieces that we are more familiar with.

So which will go in the bin?  The smaller ones because the relative cost per square inch does not meet the guidelines?  Or the big ones which management think could be digitised and shrunk to a size that can be handled by one person?