Life Is A Lottery 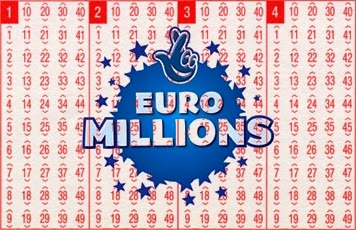 Yesterday, Tuesday, the blog Capitalists@Work, pondered on whether it would be the big one and the author the winner of £143 million smackers.  If so, the real problem was what to do with it.  Quite why, I am not sure, he could buy the government with that.

However, my concern is that in a humorous discussion on a subject of intense interest to all those with a ticket he (or she or other) failed to take account of who else might read it.  If the leaders of our political parties did so then he might have triggered a political media storm.

The Deputy PM and chief bottle washer, Nick Clegg of the Lib Dems would be out of his hutch like a startled rabbit to claim that it was a human right for the buyers of tickets to win not just a measly few pounds but at least a million and preferably more if the Lib Dem's gained power.

This would be supported by high words and emotive whinging to claim how this would make the UK and the world and especially those in marginal constituencies happier, better people , freed of worry, work or the need to do anything for themselves.  It would all be paid for by property taxes.

Ed Miliband, for Labour, after intense talks with his advisers and a call from Len McClusky, the General Secretary of the Unite trade union, would announce that the State would take control of the Lottery which would then plan for an allocation of funds that would reflect national, or at least party needs.

Purchasing a ticket would guarantee you would never need  benefits.  Indeed the bedroom tax would be reversed, you would be paid extra for all the added rooms.  Not only children, but pets, visitors arriving from abroad on the backs of lorries and anyone defined as being close would have separate rooms.

Moreover, everyone would be given an income of at least twenty per cent more than the average wage.  Employment would be optional.  House prices would be geared to allow trading up.  Those in social housing would be compensated by giving them a grant in lieu of being unable to trade in property.  None of this would ever be paid for and done by increasing government debt.

The Conservatives would have to respond to all this and quickly so Cameron will be on the stump declaring while there would be winners and losers in this free lottery economy, the losers would be entitled to interest free loans with no penalties for default from selected financial institutions.

Additionally, money flows would be created by credit creation that would allow ever increasing GDP of ten per cent at least a year, much of which would allow infrastructure projects and extended building programmes, again by selected companies that would end unemployment.

You read it all here first.