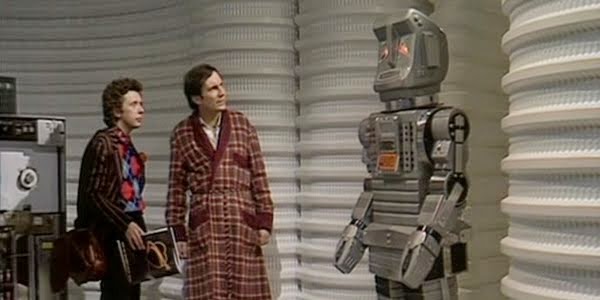 When I have an attack of the memories and think back to the way things were done and how we worked decades ago it is alarming to see all that has happened and what has resulted.

There were offices full of typists, filing clerks, routine pen pushers and people doing basic calculations manually and recording them all in hard print.

There was stratification of supervision and management to an extraordinary degree.  The  education system was geared to producing people usually of the last phase but one.

But at each phase of change there was the innate idea that change was in the past and we had arrived at the future.  According to "Wired", however, the pace is faster and more extensive.

The future is almost here according to this article.  It is longer, complicated in part, but tries to tell us that we are about to enter a world of radical and rapid change. I quote the final comments below:

As it does, it will help us better understand what we mean by intelligence in the first place. In the past, we would have said only a superintelligent AI could drive a car, or beat a human at Jeopardy! or chess.

But once AI did each of those things, we considered that achievement obviously mechanical and hardly worth the label of true intelligence. Every success in AI redefines it.

But we haven't just been redefining what we mean by AI—we've been redefining what it means to be human. Over the past 60 years, as mechanical processes have replicated behaviors and talents we thought were unique to humans, we've had to change our minds about what sets us apart.

As we invent more species of AI, we will be forced to surrender more of what is supposedly unique about humans. We'll spend the next decade—indeed, perhaps the next century—in a permanent identity crisis, constantly asking ourselves what humans are for.

In the grandest irony of all, the greatest benefit of an everyday, utilitarian AI will not be increased productivity or an economics of abundance or a new way of doing science—although all those will happen.

The greatest benefit of the arrival of artificial intelligence is that AIs will help define humanity. We need AIs to tell us who we are.

Where is my portable typewriter and carbon sheets for copies?  Oh, and the bottle of correcting fluid.
Posted by Demetrius at 16:21