Europe, What Happens Next? 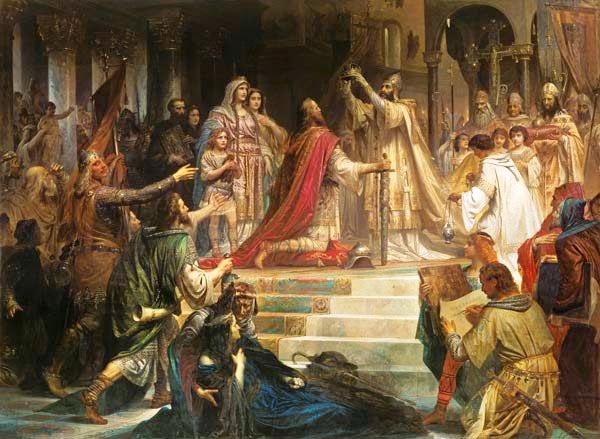 The EU cannot stay as it is.  It cannot revert to a previous form.  It cannot make any major readjustment to a smaller entity by expelling a number of problem members.  It cannot create its own army, air force or navy for defence and other things. It can only sprawl across Europe and stumble into an unknown and dangerous future.

Sixty years ago, the Federal Republic of Germany was within months of achieving full sovereignty and negotiating a new future for itself.  In parallel and support with this it was negotiating with France to establish the European Coal and Steel Community and by doing so place limitations in certain areas.

This was generally felt to be a good thing because it might at last stop them fighting each other, reduce the scope for economic conflict and help Europe begin to emerge from the wreckage of World War II which was still all too evident.

In the Congress of Vienna in 1815 the victorious powers were anxious to ensure that France was kept within its own borders and deterred from making wars again.  To that end Prussia, by now a formidable military power, was given lands on the Rhine to park its cavalry.

Two generations on this became The German Empire after the Prussians defeated France in 1870-71 with all that followed.  Then there was no going back and the balance of power became increasingly unbalanced.  Two more generations and two vicious wars led to Communism controlling the East and in the West the notion that Europe should be conjoined.

Now this Europe has become another quasi-Empire and has begun to meddle in the East, to conclude secretive treaties with the USA and attempt to control much of Africa on the quiet.  Created by democrats it is not democratic.  Intended to promote trade, growth and unity it is destroying it.  The peoples who hoped for peace and security of their own communities are finding themselves contending with forces out of their control or for that matter any of either their own governments or the EU.

The UK was persuaded to join the European project in the 1970's out of a belief that this would somehow solve the self inflicted economic problems.  Also, there was the utterly naive belief that because of our "special" relationship with the USA, a fantasy, and the world view of our Commonwealth, another fantasy, somehow we would be the new kingpins of Europe.

It is difficult enough to ride one horse, let alone two horses, but three horses is one too many, especially if you have neither the military nor economic power to do it.  Predictably, rather than being the king on the throne we were the king of the beggars at the gate.

We are now two generations on, more or less, since the EU began and we joined.  It is beginning to change radically and those in charge have little or no idea of what is going to happen or why.

I was there in 1950's Europe when it began and knew people who had lived and worked during the previous phase.  I am not optimistic.