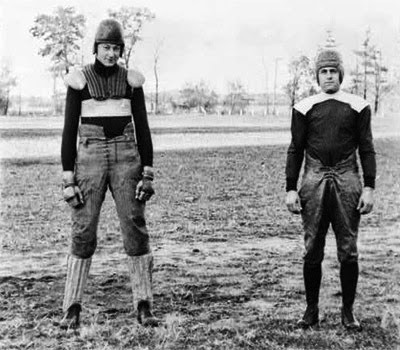 The shock, horror, wow, whatever next story of the day is about the American Football NFL coming to Wembley Stadium on a regular rather than occasional basis.

This is The Standard story and it alleges that George Osborne is involved.  This should make it easy then, depending on whose money it is.

If it is that an existing outfit is moved here is my idea.

The New England Patriots should become the Old England Georgians.